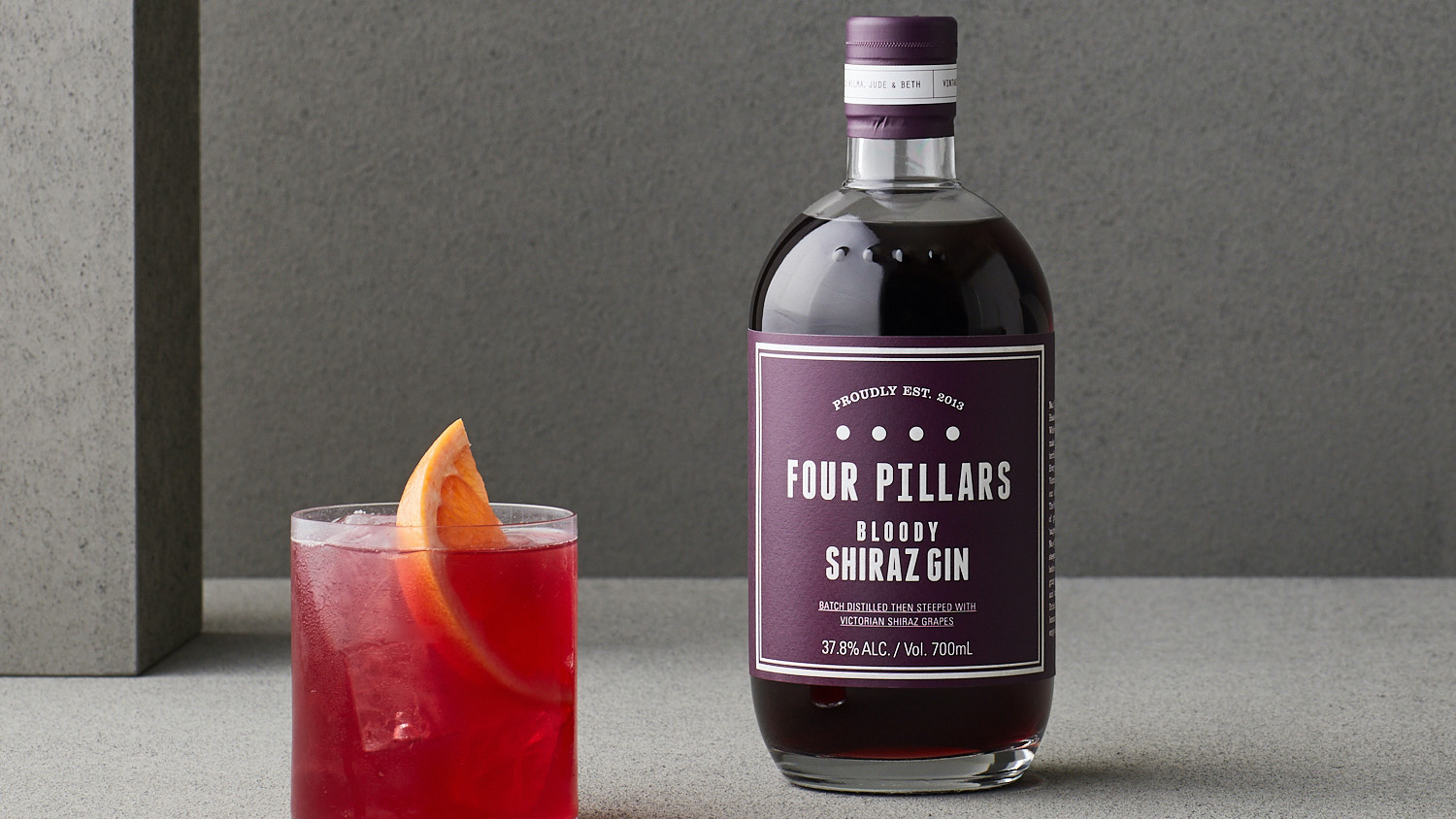 The release of the 2020 Four Pillars Bloody Shiraz Gin is only a couple weeks away. For the past five years, the Melbourne distillery has released the red grape-infused spirit annually, and it has become one of the most highly sought-after bottles on the market. The Gin will go on sale on July 4.

Each year, Four Pillars takes local Shiraz fruit and steeps the whole berries in high-proof gin for eight weeks before pressing. The color of the spirit remains a deep, rich, reddish purple. Aromatically it shows fresh pine needles, citrus, and spice, as well as distinct peppery, dense raspberry notes. The palate is balanced and sweet with a long juniper and spice character on the finish.

Last year, the distillery sold 50 percent of their company to beer giant Lion, which allowed them more capital to expand their grape purchasing range. They acquired more grapes than ever before from other Victorian wine regions and now the 2020 Four Pillars Bloody Shiraz Gin will be the biggest batch they’ve made so far.

If you’re looking to make a cocktail with the delectable purple Gin, Four Pillars has a couple of suggestions for you. Those with a morbid sense of of humor and love for plays on the classics might want to try Who Shot Tom Collins?

If you’re looking for something with that perfect mix of sweet and bitter, the Bloody Jasmine might be right up your alley.

As of July 4, you can purchase a bottle at select markets around Australia or simply purchase on their web store.