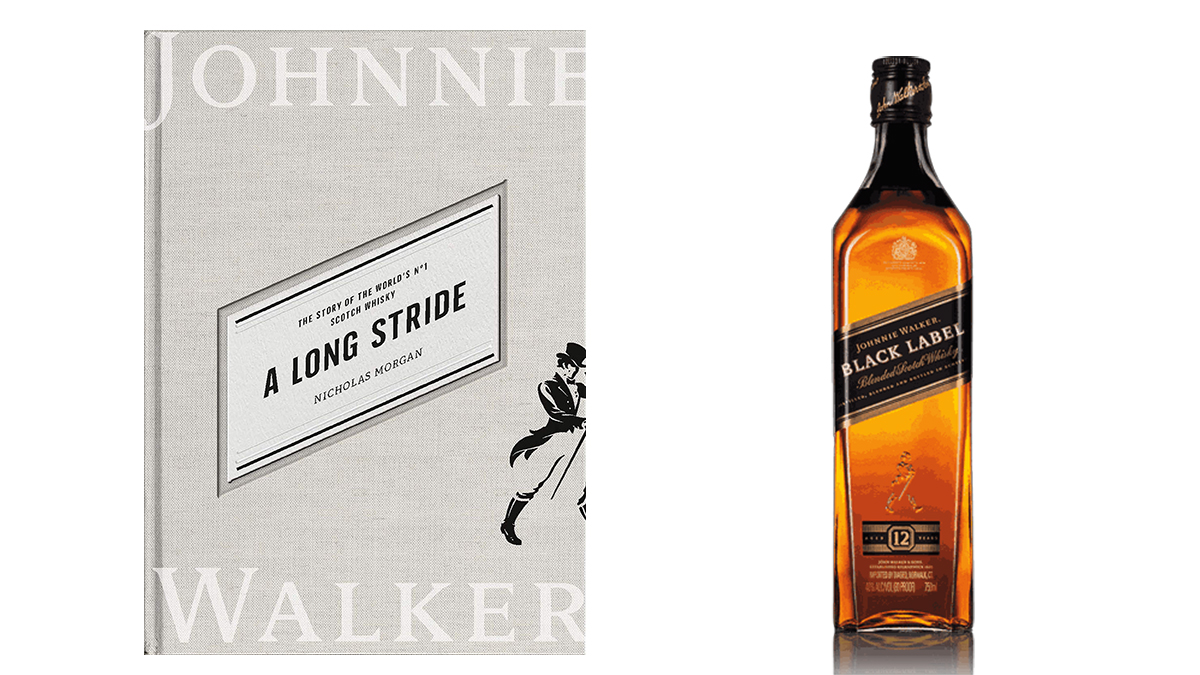 Dr Nicholas Morgan, Head of Whisky Outreach for Diageo, has released A Long Stride: The Story of the World’s No. 1 Scotch Whisky. The new book recounts the 200 year history behind blended Scotch brand Johnnie Walker.

A Long Stride is the first in-depth account of the history behind the world’s most popular Scotch Whisky brand, which traces its history back to a small grocery store in Kilmarnock, Scotland in 1820. The book tells the story of how John Walker and a succession of ingenious and progressive business leaders embraced their Scottish roots to walk confidently on an international stage. By doing things their own way, Johnnie Walker overturned the conventions of late Victorian and Edwardian Britain, survived two world wars, and flourished despite prohibition and the Great Depression to become the first truly global whisky brand, revolutionizing the world of advertising along the way.

Morgan spent years researching the book’s findings as well as decades within the Whisky industry. In March 2018, he was inducted into the Whisky Hall of Fame. As Diageo’s Head of Whisky Outreach, he looks after the company’s portfolio of Scotch whisky brands, including the iconic blended Scotch brand.

The title of the book is in reference to the brand’s iconic striding man logo, which was designed by cartoonist Tom Browne back in 1908. In the beginning, the character was an outdoorsman who also enjoyed a spot of shopping, and he eventually developed a taste for fashion, city life, and women. The tome also details the development of Scotch whisky as a popular drink across the world.

The release of A Long Stride coincides with Johnnie Walker’s 200th anniversary. The book will be released on October 29 and will be available hardback, priced at £16.99 ($22.50 USD), and in electronic format, priced at £13.59 ($18 USD). You can purchase a copy through Amazon.