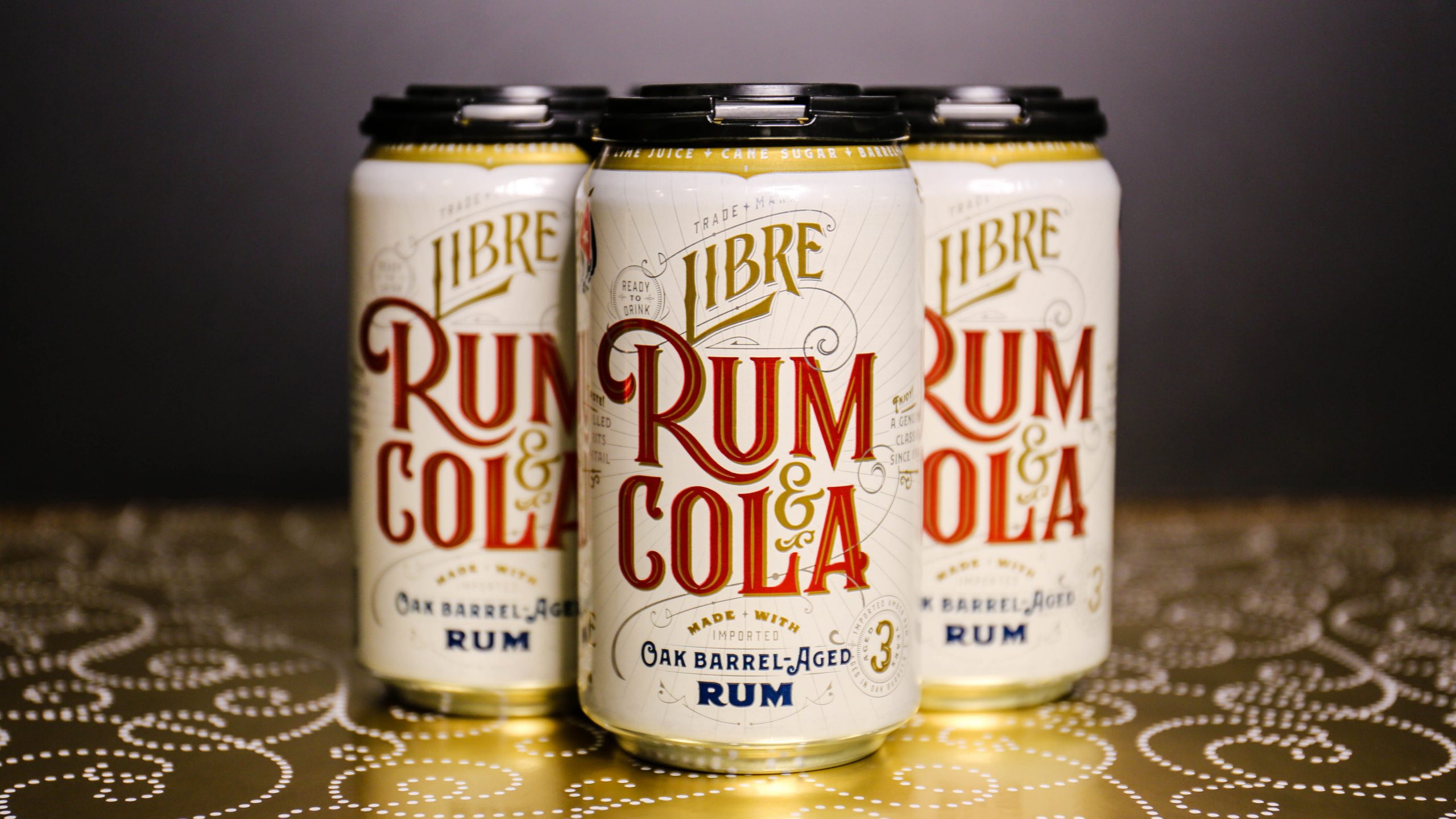 Abita Brewing Company is joining the canned cocktail craze with the launch of Libre Rum & Cola. The new Ready-to-Drink offering from the Louisiana brand is available in 4-packs of 12oz cans.

“Consumers are looking for convenience without having to sacrifice quality,” said David Blossman, President and CEO of Abita Brewing Company. “We started development with the goal of crafting the best tasting rum and cola by utilizing the highest quality, all-natural ingredients. Our Rum & Cola gives you the craftsmanship of a premium-classic cocktail to enjoy at any time or occasion, in the convenience of a can.”

Abita Libre Rum & Cola is an all-natural distilled spirits cocktail made with imported, three-year oak barrel aged rum, cola crafted with raw cane sugar and a twist of natural lime juice. Each 12-ounce can has an 8% ABV, which is equivalent to over a shot and a half of premium, Central American Rum. It can be enjoyed straight from the can or poured over ice with a garnish of lime!

Libre Rum & Cola will be available in grocery stores, retailers and restaurants in Louisiana and throughout the Abita Brewing Company distribution network.

A number of beer brands have been jumping into the canned cocktail space recently. Last week, Michelob Ultra launched a hard seltzer range. The new offering from the Anheuser-Busch-owned brand is the first-ever national USDA certified organic hard seltzer, and is set to hit shelves nationwide this month (January 2021) with three flavors – cucumber lime, spicy pineapple, and peach pear. It has zero carbs, zero sugar, 80 calories and is filtered six times to remove impurities.