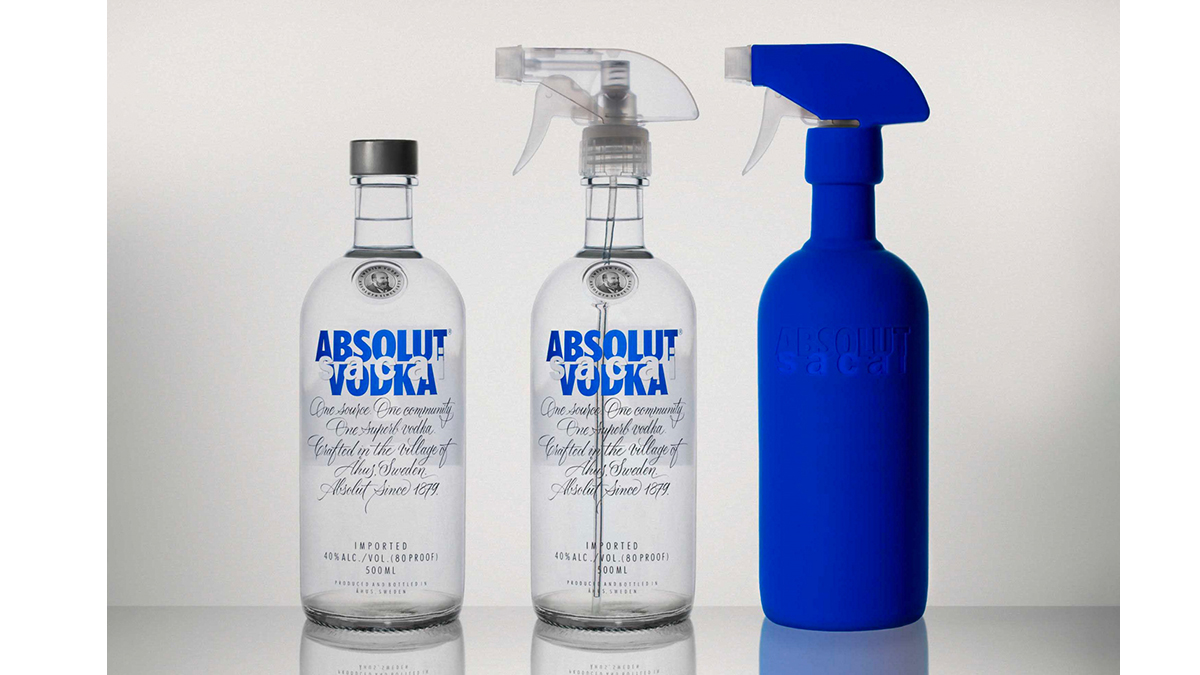 Absolut and sacai have collaborated on a limited edition bottle set. The Swedish Vodka brand and the Japanese label will reportedly limit the release to just 500 sets.

Created to advocate a reduce, reuse, recycle lifestyle, the Absolut and sacai collaboration emphasizes the fact that sustainability does not limit creativity. Designer Chitose Abe and the Vodka brand crafted a co-branded bottle design and an accompanying reusable spray nozzle with a silicone sleeve to be refilled for any and every purpose.

Sized to encase the 500ml glass bottle, the covering comes in Absolut’s signature blue with debossed branding. The limited edition bottle set comes in special recyclable paper packaging and also features a matching T-shirt that carries over the co-branding design of the set.

At this time, there has been no announcement as to when to expect the sacai x absolut Limited Edition Bottle Set and no pricing details have been revealed either.

Earlier this week, Absolut announced it has teamed up with Beatport on #DanceAway2020, a global celebration connecting the world on New Year’s Eve. The worldwide live stream party has been created to celebrate the great things that happen when diverse minds come together reminding the world that nothing beats together in real life.

In other Absolut sustainability news, the brand is testing recyclable paper bottles in an effort to make its packaging methods more sustainable. The Pernod Ricard-owned brand is rolling out 2,000 paper bottle prototypes as part of the Paper Bottle Company initiative. The first production run went into controlled testing this November.

In other spirits meets fashion news, Ciroc and Palace Skateboards have teamed once again to release limited-edition PALACÎROC bottles. The bottles are part of a new capsule, which features two different sized bottles, both of which have been adorned with Palace graphics, along with a miniature jacket.