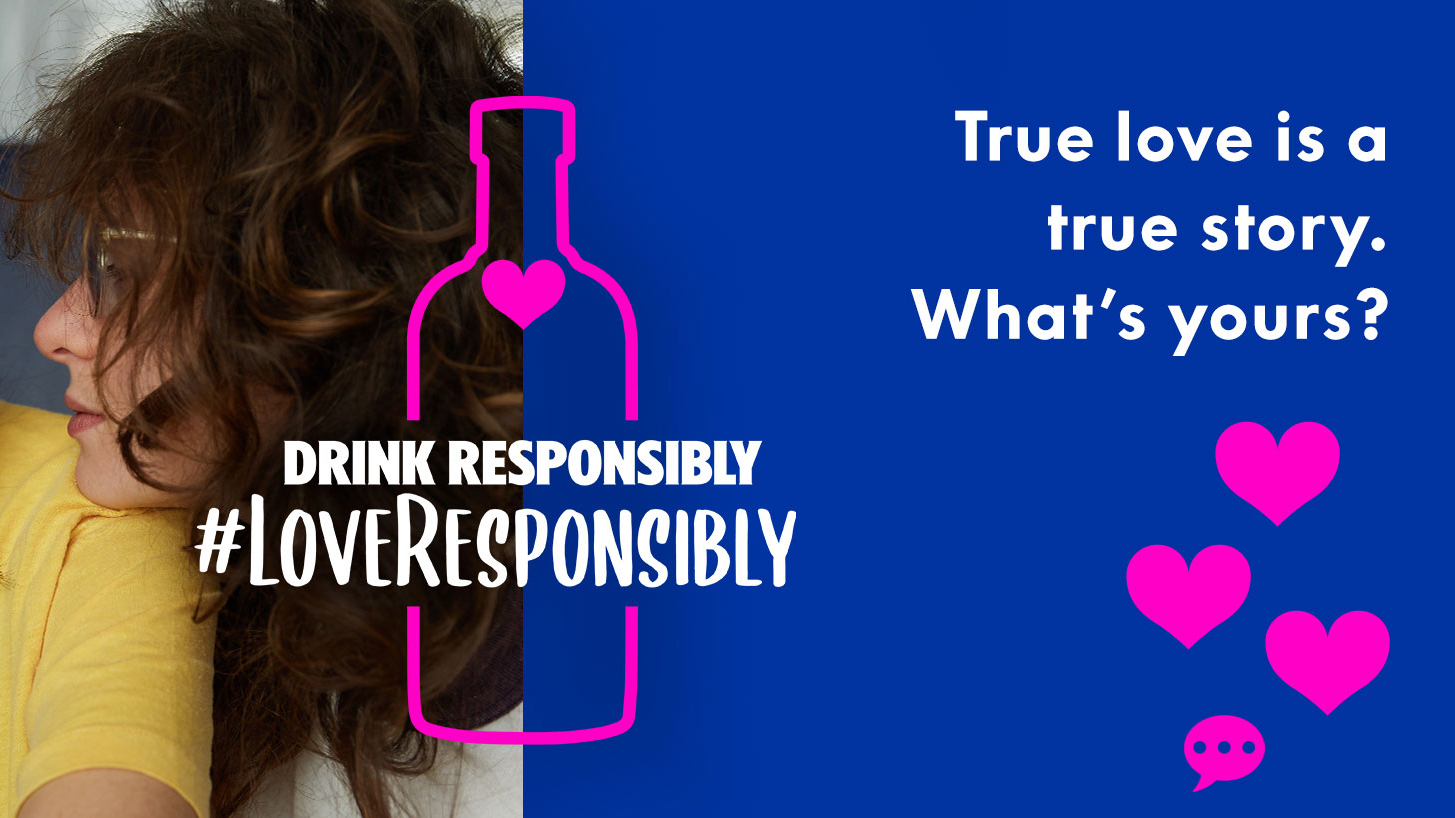 As a Valentine’s Day in the COVID-era approaches, Absolut is launching Drink Responsibly, #LoveResponsibly, a campaign that asks people to share what loving responsibly looks like to them in a world where connecting with others in meaningful ways has become increasingly more difficult. A survey conducted for Absolut by KRC Research highlights how all types of relationships have been put to the test over the past year, with nearly 40% of Americans saying they have experienced strains in their closest loving relationships, and that drinking more alcohol plays a role in some instances. Still, more than 80% believe that celebrating Valentine’s Day this year is as important, or even more important, than last year, showcasing the resilience of love.

Starting today, Absolut is asking fans a simple question: “How do you love responsibly?”  Whether that love is with an intimate partner, family member, friend, pet, or even your relationship with yourself, the Vodka brand wants to learn and share the many ways that people of all backgrounds love responsibly. Consumers can share their answers as written text, video or image using #LoveResponsibly and tagging @AbsolutUS.

“A lot has changed since Valentine’s Day 2020, and for many, our most important relationships have been tested in ways we never expected,” said Pam Forbus, CMO of Pernod Ricard USA.  “We’ve been forced to rethink how to show our love when physically separated, and how to evolve our love when living, working and learning in closer quarters than we are used to. We’ve also had to acknowledge that sometimes being apart from those we love is the best way to show we care. Absolut’s #LoveResponsibly campaign offers our community a chance to share the big and small ways their love has had to change, and ultimately celebrate how it has survived and thrived.”

For many Americans, the challenge of having to adapt relationships to new realities has been significant. Absolut’s survey found the pressure on relationships is felt more significantly by younger and middle-age generations, with 52% of Gen Z, 43% of Millennials and 44% of Gen X audiences saying they’ve felt strain in their closest loving relationships over the past year, compared to only 29% of Baby Boomers. Americans of all generations, however, noted a series of consistent, negative impacts on their relationships over the course of the pandemic, including stress and anxiety (46%), isolation/social distancing (36%), spending less time with loved ones (33%) and differing opinions on how to navigate pandemic restrictions (33%). Importantly for Absolut, a quarter of Millennials noted that drinking more alcohol during the pandemic has created negative impacts on their relationship.

“We know that alcohol can play a positive role in bringing people together, but when over-consumed or consumed irresponsibly, it can catalyze negative actions, reduce our tolerance for one another and diminish our ability to love responsibly,” said Regan Clarke, Vice President, Millennial Connector Brands, Pernod Ricard USA.  “At a time when many loving relationships are strained due to the pandemic, it’s our responsibility to ensure our product is not exacerbating these problems.  That’s why we’re not just encouraging people to #LoveResponsibly, we are reminding consumers that drinking responsibly is a key component of healthy, responsible love.”

The survey highlights some bright spots as well. “We learned that one in five Americans have turned inwards and focused more self-love in the past year.  We also learned that for many people, love beyond a romantic partner has become more important in the past year, with people citing relationships with their children and their pets as greater sources of love,” said Tad Greenough, Global Creative Director at Absolut.  “As a brand that has always championed inclusion, authentic connections and love – in all its many forms – we’re excited to see how our fans characterize the love that’s gotten them through this year.”

In addition to digital and social assets, the campaign will include a :15 TVC that will premiere during the Golden Globes as well as an influencer-led discussion series on social, which will discuss the many ways to love responsibly and invite others to join in. The Instagram Live series will feature interactive, intimate conversations with influencers such as Danny Pellegrino, host and producer of the podcast, “Everything Iconic,” and Alexandra Rodriguez, creator of the popular digital shows, “Learning to be Fearless” on YouTube and “The Fearless Podcast.”

Pernod Ricard, Absolut’s parent company, is also joining the Drink Responsibly, #LoveResponsibly campaign to highlight the needs of one group of people in need of responsible love this Valentine’s Day — people experiencing intimate partner violence (IPV). IPV has been on the rise during the pandemic, a startling reality given that one in three women and one in 10 men already experience IPV in their lifetimes2.  And while IPV takes many forms — acts of physical, emotional, sexual and psychological abuse2 as well as controlling behaviors such as restricting access to financial resources, employment education or medical care — studies show that physical forms of IPV were 1.8 times higher in 2020 than they were in the previous three years3.  Pernod Ricard’s support continues the company and Absolut brand’s commitment to taking a stand on the issue of consent.

“The pandemic has taken a toll on us all.  But for some, that toll has included violence and abuse in their closest intimate relationships,” said Ann Mukherjee, Chairman and CEO of Pernod Ricard North America.  “We know that alcohol can often be an accelerant to IPV and a coping mechanism or self-medication for victims of abuse4.  I’ve experienced IPV, and I know this reality all too well.  At a time when we celebrate love, it’s our responsibility to support those most in need and to reinforce the role of responsible consumption in safe, responsible relationships.”

Pernod Ricard USA is donating $150,000 in RAINN, the nation’s largest anti-sexual violence organization, to help support those experiencing IPV.  This investment is an extension of a relationship formed with RAINN last Valentine’s Day to promote the role of responsible drinking in safe, healthy, consensual sex.

If you or someone you know has been affected by sexual violence and need to talk, free and confidential support is available 24/7 via RAINN’s National Sexual Assault Hotline at 800.656.4673 and online.rainn.org.