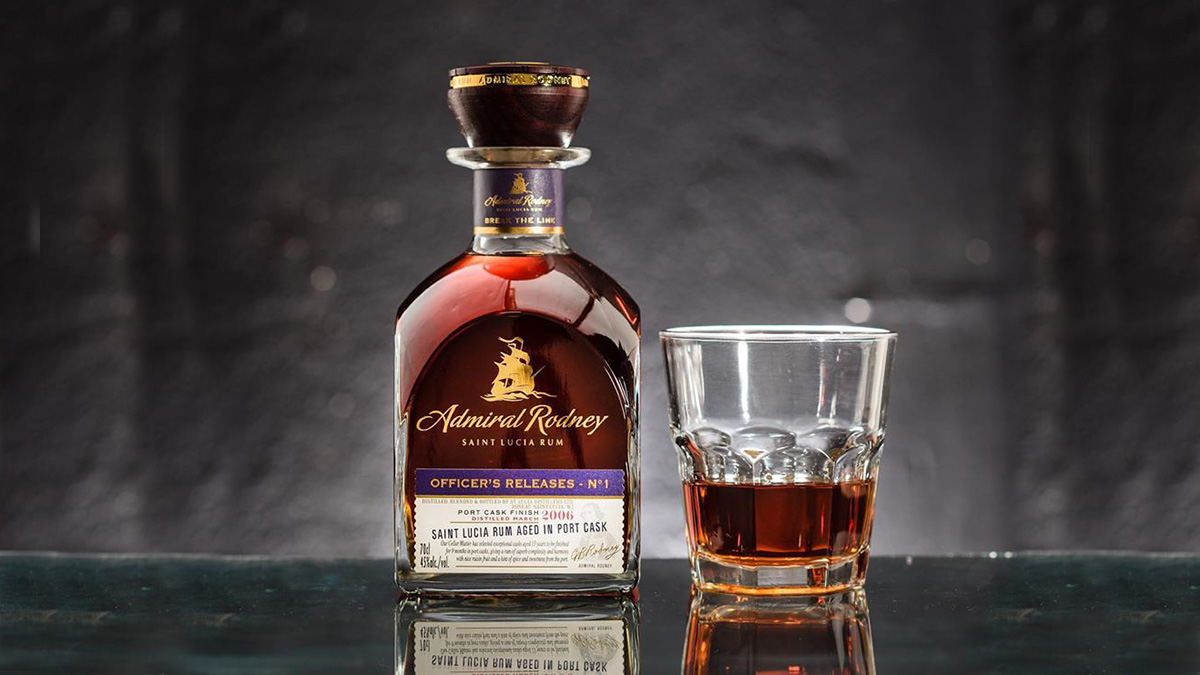 Admiral Rodney has unveiled Officer’s Releases No.1, the first in their new limited edition Officer’s Releases series. The bottling pays tribute to admiral George Rodney, a British naval officer who is best known for his commands during the American War of Independence and for his battles with the French in the Caribbean.

Officer’s Releases No.1 matured in ex-Bourbon oak casks for 13 years, and then was finished for nine months in ex-Port barrels. A full-bodied, column-distilled spirit, the rum is said to be laden with honeyed-fruit, chocolate and earthy tobacco notes. It was tropically aged on St Lucia and the company is keeping the release small with a limited run of just 4,200 bottles.

Bottled at 45% ABV, Admiral Rodney Officer’s Releases No.1 rum will only be available through The Whisky Exchange. The rum has been priced at £66.95 ($84 USD) per 700ml bottle.

Those who purchase a bottle of Officer’s Releases No.1 will be given the opportunity to enter a contest to win the complete range of the Admiral Rodney’s now discontinued 1931 rum range, comprising editions one to six. The winner will be selected at the end of June and more details can be found on The Whisky Exchange website.

This is not the first line of Rums from Admiral Rodney to be released exclusively on The Whisky Exchange. Previously, the St Lucian Rum brand launched their HMS series exclusively on the website. HMS Princessa, HMS Royal Oak, and HMS Formidable are also still available as well as their Extra Old Rum.

Admiral Rodney comes from the St Lucia Distillers Group of Companies, which boasts a range of over 25 rum and rum-related products that have won honours at international competitions. The group was formed in 1972 and as of 2005 is owned by Trinada and Tobago conglomerate CLICO.