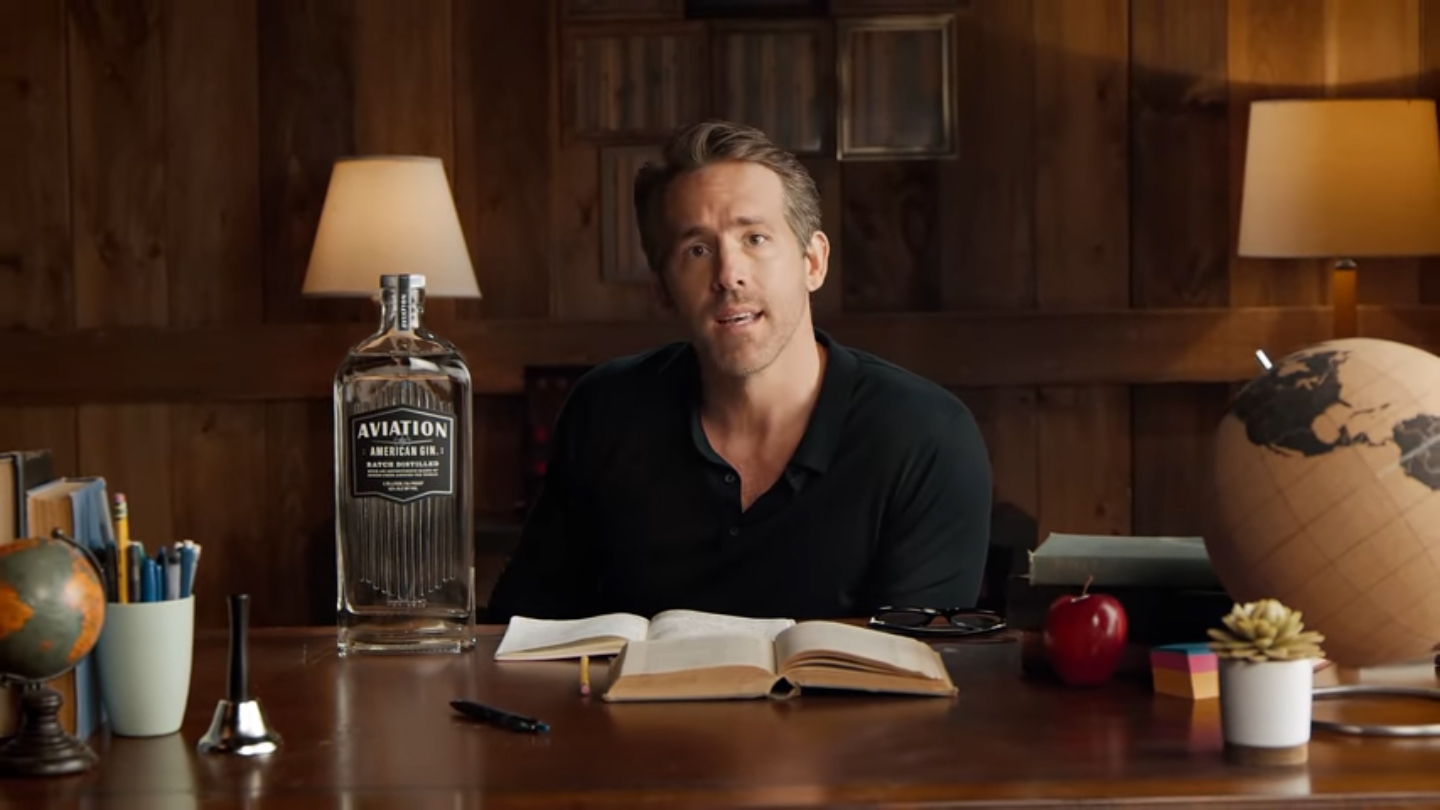 Aviation American Gin struck a huge deal with Diageo in August, which apparently means the brand can roll out giant versions of its Gin, such as the brand new “Homeschool Edition.” If you’ve seen the commercial–check below–you might wonder if it’s just a gag… it’s not. You can purchase one of the 1.75 liter bottles via Reserve Bar, right this instant.

Now why would anyone needs a bottle of Aviation Gin Homeschool Edition? As Ryan Reynolds explains, “it can help with a variety of subjects,” including “fourth grade geography, whatever the f*** new math is, and revisiting your own long forgotten middle school traumas.” So if you, like the Van Wilder star, simply can’t bear the idea of returning school and the only way to truly coax away your pain is heavy Gin drinking, then Aviation is there for you. We couldn’t agree more, by the way, “Middle school is the f***ing worst.”

Back in August, Diageo announced it would be spending up to $610 million to buy Aviation American Gin, co-owned by Reynolds, and a variety of other spirits brands. The British spirits giants already own Tanqueray and Gordon’s.

The celebrity spirits train is nothing new for Diageo, who back in 2007 teamed up with Sean “Diddy ” Combs on Ciroc Vodka and, in 2017, paid $1 billion to acquire Tequila brand Casamigos, which was co-founded by George Clooney.

Back in 2018, Reynolds grabbed a minority stake in the American Gin brand and the company has thrived ever since. In a statement, Diageo announced the actor would keep his stake in the Gin company.

Seems like  the new Homeschool Edition will only be first in a line of “big” announcements, sorry we had to.