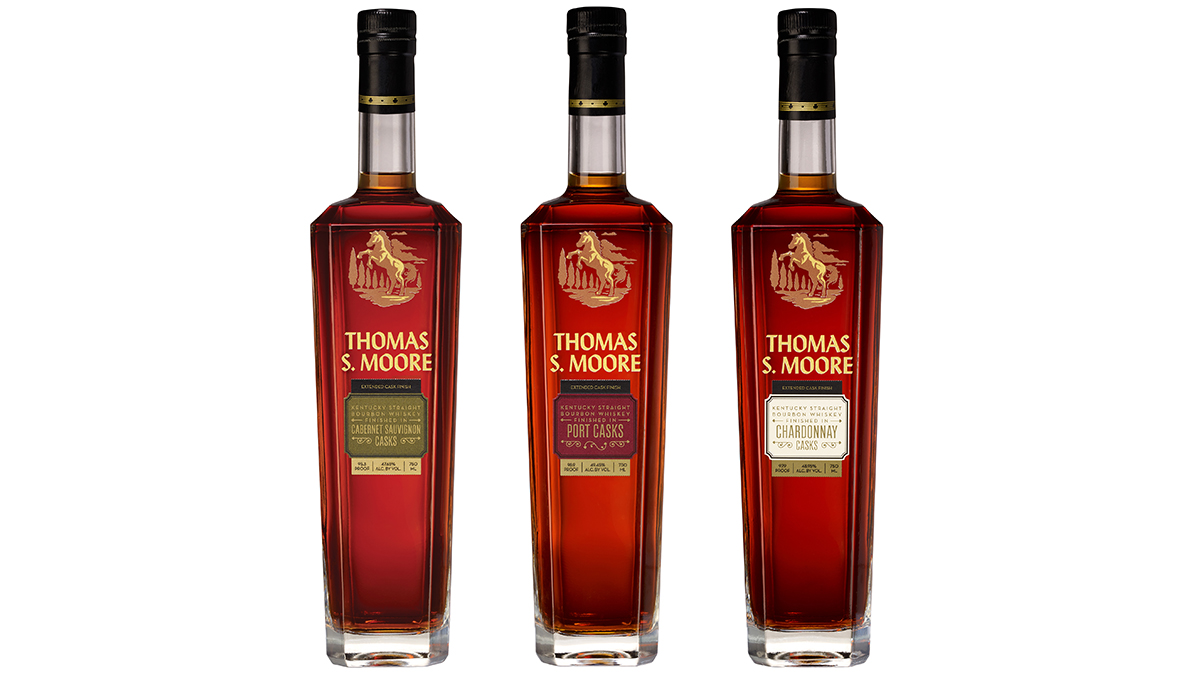 Barton 1792 Distillery has introduced its range of Thomas S Moore Kentucky Straight Bourbon Whiskeys, which have been finished in a variety of select casks from around the world. The first three expressions from the Bardstown, Kentucky distillery’s ultra-premium brand, a Port Finish, a Chardonnay Finish, and a Cabernet Sauvignon Finish, will be released this month.

In 1889, Thomas S. Moore built the Distillery known today as Barton 1792 Distillery. Moore was an early pioneer in Bardstown, recognized today as the Bourbon Capital of the World. Leading up to Prohibition, Moore established a constantly evolving Whiskey empire, growing his humble operation into a powerhouse, filling hundreds of barrels a day. Business boomed until The 18th Amendment forced the Distillery to cease production in 1920. Today this namesake line of Bourbons intends to honor Thomas S. Moore.

Barton 1792 Distillery intends to define a new category of “extended cask finished” Bourbon Whiskeys with the Thomas S Moore collection. Their signature high rye recipe Bourbon is aged for at least five years in new charred American oak barrels before filling other casks that previously matured various wines or spirits from around the world, ranging from Cognac to Cabernet to Port and more. In these casks, the Bourbon aged an additional one to three years. This extended cask-finishing method results in elegant whiskeys, each displaying a distinct flavor profile, reflecting nuances of both the bourbon and the finishing cask.

Thomas S Moore Kentucky Straight Bourbon Whiskey Finished in Port Casks is described as having a taste that is soft and sweet, with subtle hints of vanilla and baking spices. This whiskey is 98.9 proof.

The tall sophisticated bottles feature imagery that pays homage to the legacy of Thomas S. Moore. Each label displays the image of a racehorse standing tall, honoring one of Moore’s earliest Whiskey brands, Belle of Nelson, named for the thoroughbred who won the Kentucky Oaks in 1878.

Each Thomas S Moore expression is on sale for $69.99. Additional cask-finished releases will be unveiled every year in the fall.