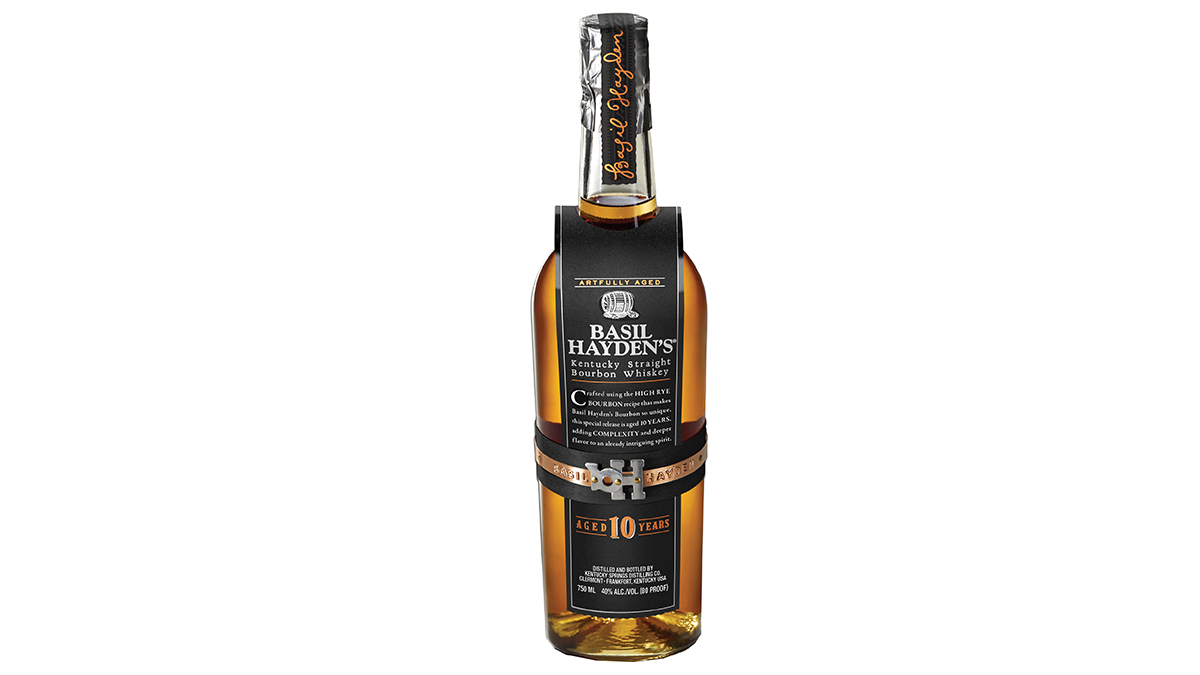 Basil Hayden’s 10 Year Bourbon is back for 2020. Originally launched in December 2018, this is the third annual release of the Whiskey, which returns to shelves in limited quantities.

Bottled at 80 proof, Basil Hayden’s 10 Year Bourbon 2020 features the high-rye recipe Basil Hayden’s has been known for along with that notable age statement. After aging in American Oak barrels for 10 years, the resulting Whiskey from the Jim Beam-owned brand has a distinctive, yet sippable profile.

“Basil Hayden’s 10 Year Bourbon is a truly unique expression that offers the perfect blend of our whiskey’s trademark spice, balanced with a caramel sweetness and oak as a result of the extra aging in American Oak Barrels,” said Jon Marks, Brand Director for Small Batch Whiskey at Beam Suntory. “This annual release offers something special for our fans to share with family and friends as they gather in a socially safe way.”

Golden amber in color, the Whiskey features aromas of oak along hint of char, vanilla and rye. The palate finds more oak balanced by caramel sweetness and rye spice. The finish is lightly smoky with a hint of char.

The distillery recommends enjoying the Bourbon neat, with a drop of water, or on the rocks.

Basil Hayden’s 10 Year Bourbon 2020 is currently available nationwide in limited quantities for the price of $69.99 per 750ml bottle.

Crafted in 1992 by Booker Noe as part of the Small Batch collection, Basil Hayden’s introduced a more subtle side of Bourbon compared to its counterparts. The distinctive flavor of Basil Hayden’s Bourbon was originally inspired by Meredith Basil Hayden Sr. who moved to Kentucky from Maryland and began distilling bourbon with a higher percentage of rye in 1792.