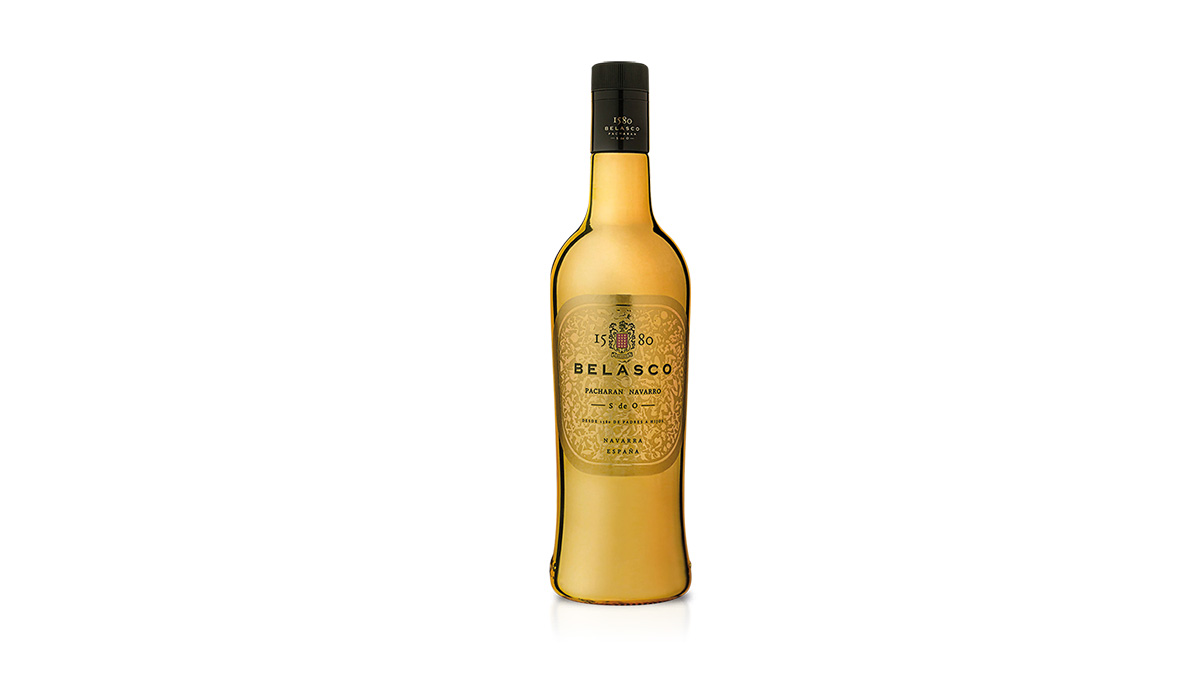 Belasco 1580 is the flagship Pacharan (Patxaran) by the Belasco family, who are responsible for many of the best sloe berry, anise-flavored alcohols coming out of Navarre, Spain, including Etxeko and La Navarra. Belasco 1580 happens to be the richest (and most expensive) of the Belsaco family’s Pacharanas.

The sloe berries used for Belasco 1580 are grown in Navarre on plantations directly controlled by the Regulatory Council of Pacharán Navarro. The sloes are macerated for approximately two months in alcohol made from brandy, and sugar and anise are added. There is approximately 300 grams of fresh sloes for every litre of alcohol, which gives Belasco 1580 a deep, intense flavor, making it one of the most beloved bottles of the spirit on the market. The resulting mixture is filtered up to five times to remove impurities. The Belasco 1580 Pacharan (Patxaran) is made by adding the components based on the traditional recipe of the Belasco Family.

The result is a Pacharan with an intense red color that possesses light tones throughout. It’s brightness and clarity are characteristic of the younger style of Pacharan. On the nose, imbibers will find aromas of intense fruit along with notes of anise. It is well-balanced on the palette with flavor of sloes mixing with sweet molasses that is cut by a striking acidity and a touch of bitterness.

Like most Pacharan, it is 25 percent ABV and is generally enjoyed after a meal chilled. But if you can’t wait, we advise mixing it with a splash of Spanish Cava for a delightful and bubbly aperitif. Pacharan in general has also started to be used more and more in cocktails. We’d recommend mixing up an Otono if you’re looking for something akin to a Manhattan or a Basque Sbagliato if you like something bubbly, but with a bit more complexity than the previously mentioned spritz.