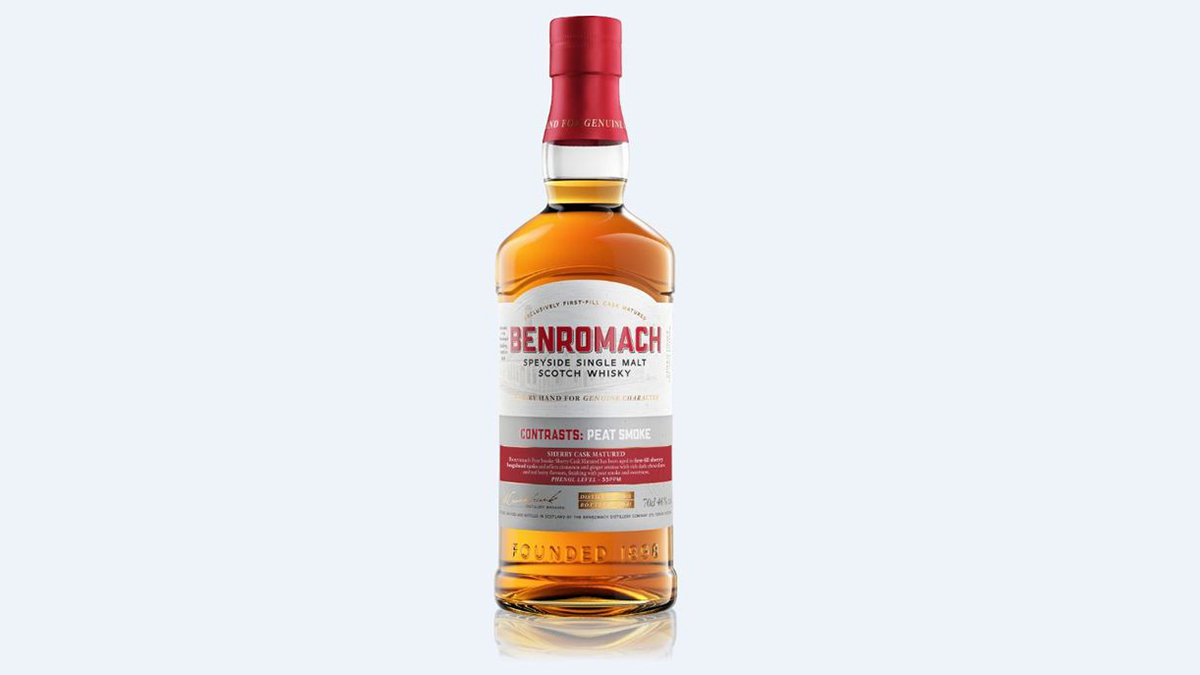 Benromach has launched a second Sherry cask-matured Peat Smoke whisky. The new offering from the Speyside distillery will be limited to just 2,000 bottles in the UK.

Benromach Peat Smoke Sherry Cask Matured is made with Scottish barley malted with high levels of peat smoke at 55ppm (parts per million phenol). Laid down in 2012 before being bottled in 2021, the expression has been matured exclusively in first-fill Sherry hogshead casks.

The Scotch offers an aroma of cinnamon and ginger with rich dark chocolate and stewed red berry flavors. The finish delivers peat smoke and sweetness.

“This small batch vintage expression has been created in a style which is deliberately different to the subtle smokiness Benromach is well-known for,” said Keith Cruickshank, distillery manager at Benromach. “This is only the second time we’ve released a heavily Sherried Peat Smoke expression and we’re very proud of its unique flavour profile.

“Although it is different from the first Sherry-matured Peat Smoke expression we released in March 2019, given the enthusiasm we received from whisky fans we expect this release to be very popular.”

Bottled at 46% ABV, Benromach Peat Smoke Sherry Cask Matured is available from select retailers globally. In the UK, it is priced at £49.99 ($69 USD).

For more information, head over to Benromach’s official website.

In October 2020, Benromach added a 21 Year Old Whisky. The expression is now the oldest offering in the Speyside distillery’s core range.

“The 21 Year Old is the oldest expression we have offered in our core line up since our team reopened the distillery 22 years ago,” said Cruickshank open the whisky’s release. “As an older whisky which is still grounded in our commitment to using only the finest first-fill Bourbon and Sherry casks, it provides a unique take on the classic Benromach style.”