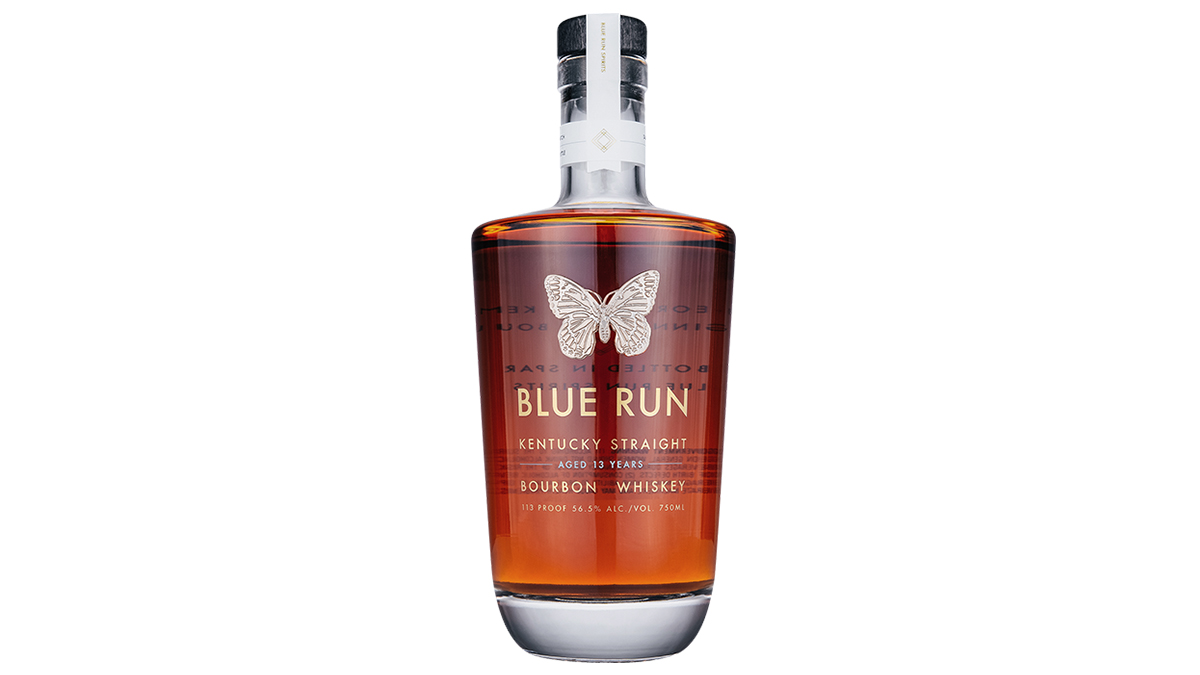 Started last year by a group of friends, including a Nike designer, Facebook’s first director-level employee, a hospitality executive, a political advisor and a philanthropist, Blue Run Spirits partnered with former Four Roses master distiller Jim Rutledge to serve as its advisor in creating “products for the modern whiskey fan.”

Their first collaboration is Blue Run 13-year-old small-batch Bourbon. The nose of the Whiskey is described as “Vanilla on a sultry summer evening with the mildest hint of tarragon.” The palate as “a velvety romance between brown sugar and brown butter.” The finish as “Long and smooth, with apricot and golden raisins.”

“It was an interesting challenge: how to add contemporary design aesthetics to a centuries-old product,” said McKinney. “I think we achieved a perfect balance that will appeal to the younger, more diverse whiskey drinker who appreciates not only an exceptional liquid, but also modern, polished design.”

“We noticed that our broad, diverse group of friends also shared our passion for great Bourbons and Ryes and, yet, no brand had reached out to them; no whiskey was speaking to them or shared their values,” said Mike Montgomery, Blue Run Spirits CEO. “We saw an opportunity to share the joy of truly exceptional whiskey, that only whiskey aficionados had enjoyed until now, with our friends, families, colleagues and others.”

Only 2,600 bottles available of Blue Run Bourbon are set to be made available and are currently on sale throughout Kentucky and Georgia for the price of $169.99 per bottle.