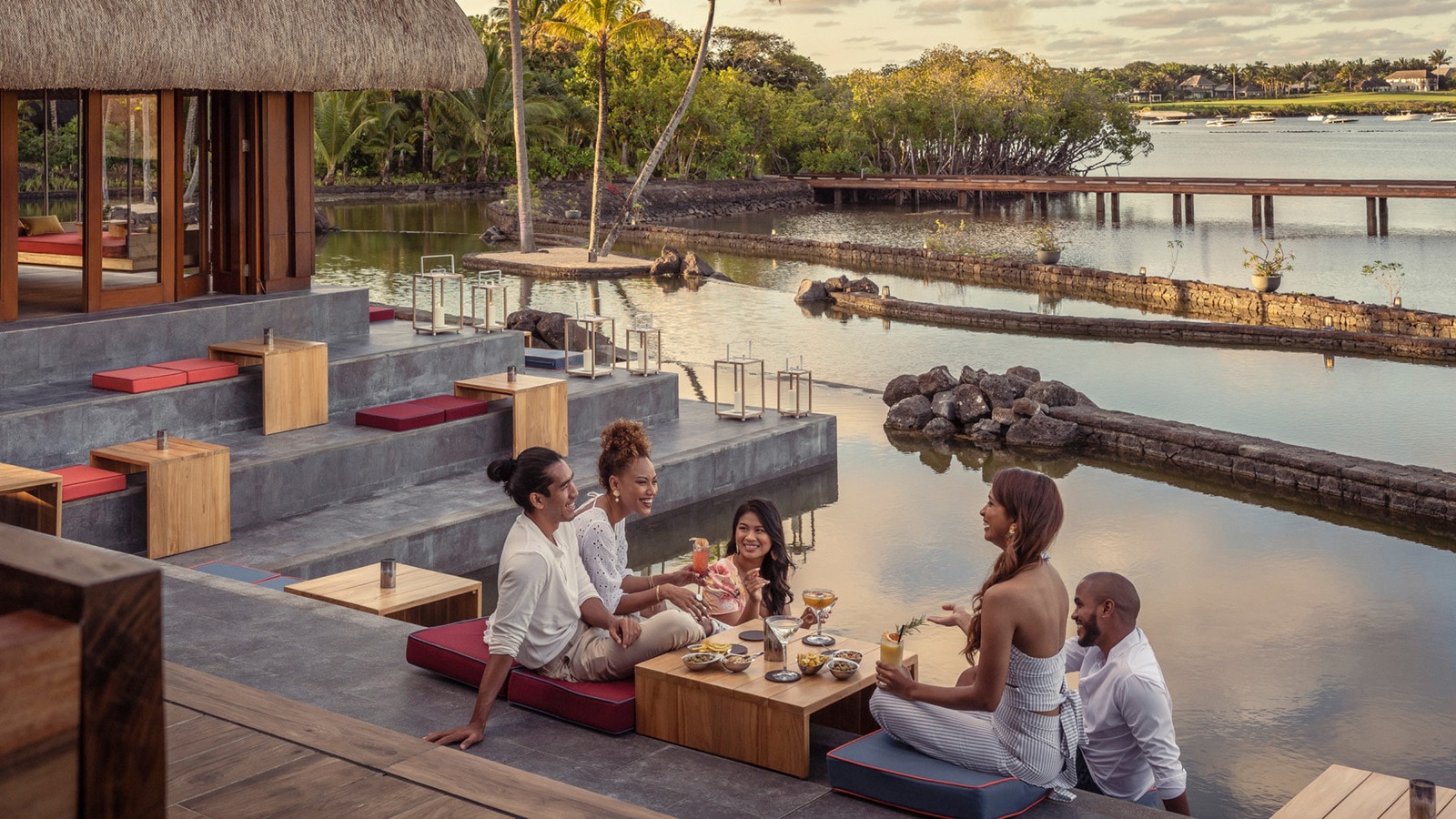 Blu’Zil has blossomed into Mauritius’ ultimate sunset destination thanks to bar manager David Iyapah. Located at the Four Seasons Resort Mauritius at Anahita, the bar is the  prime sundowner location for pre-dinner drinks or a chance to catch the buzz of the later evening in its central location nestled among the nearby restaurants of Acquapazza, Umi.Zaka and Beau Champ.

Now, Iyapah has unveiled five of his favorite creations and is adding them to Blu’Zil cocktail menu.

The bitterness of the vermouth matches the spiced rum in this cocktail. “Every aspect of this drink refers to a turning point in our island’s history, such as the introduction of spices in the 18th century, which is represented by the vermouth amaro, a herbal liqueur blended with spices,” says David.

An ode to David’s ancestral roots in Madras, now known as Chennai, this cocktail is inspired by the region’s spicy cuisine and is a flavourful journey with agave spirit and native herbs. “Madras shrub made from sugar, water, apple cider vinegar, turmeric and citrus peel take inspiration from home-made brewed remedies that my elders passed down from generation to generation to cure ailments.”

“The inspiration behind this cocktail was born from the idea of encouraging our guests to develop an appreciative palate for whiskey,” says David. Hints of cinnamon, clove and tonka beans offer an intriguing bitter flavour. Topped with Cidona, a locally produced and popular Mauritian sparkling apple juice, this touch of sweetness leaves a tingling taste.

The Zombie Club balances the complexity of several rums with apricot brandy paired with freshly pressed fruit juice. It is an elegant yet delicately balanced drink served in a skull head, that is David’s seriousness and fun wrapped in one.

In this drink, Gold of Mauritius, a barrel aged rum made with a light and smooth note, is paired with a subtle hint of caramel. This cocktail is full to the brim with tropical flavours leaving a zingy yet refreshing aftertaste harnessed by the myriad local fruits such as pineapple and litchi.

For more information, head over to the Blu’Zil bar’s official website.