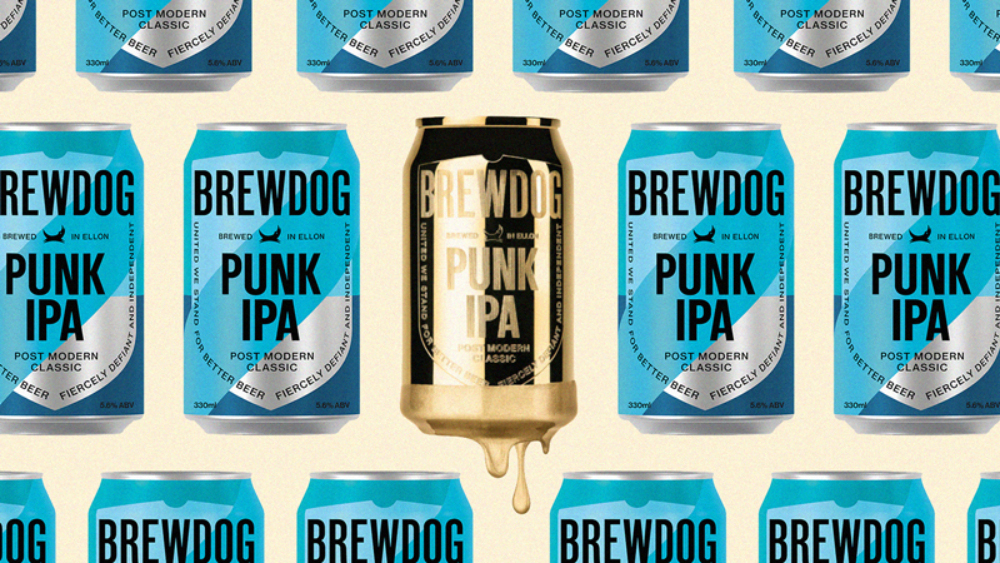 BrewDog has taken the whole golden ticket thing to a new level by putting £15,000 ($20,262 USD) 24K gold beer cans into its 12-, 24- and 48-can bundles. The Scottish brewery placed 10 of these beauties in random bundles of its Punk IPA shipped from its online stores and they also come with £10,000 in company stock (about $13,500) as well as a VIP tour of the brewing facility. So far, nine of the 10 cans have been discovered, which means you still have a chance to find the last one.

Unfortunately, the contest is only available to participants in the U.K., but international BrewDog fans can still purchase their favorite beers online via the brewery’s website.

BrewDog co-founder James Watts announced the competition via Twitter earlier this year in an effort to drum up some sales as well as provide some starry eyed belief in the indie beer brand. The Covid-19 pandemic has hit sales of alcoholic beverages especially hard with restaurants not operating at full capacity and large gatherings being off limits for the time being.

Last year, the independent craft beer market was worth $29.3 billion in retail spending. However, production was down about 10 percent in the first, according to Beverage Marketing Corporation consulting analyst Nathan Green. The hope is that the £25,000 prizes encourage weary brew lovers to make purchases.

In reality, we don’t do much beer reporting over here at Spirited Zine, unless there’s a fun tie-up with say a Dublin-based Whisky distillery, but it’s the holiday season and after 2020, we could all use a bit of hope, even if it’s in the form of a gold beer can. Maybe next year Johnnie Walker will dispatch solid gold bottles of their blended Scotch, but until then at least there’s this.