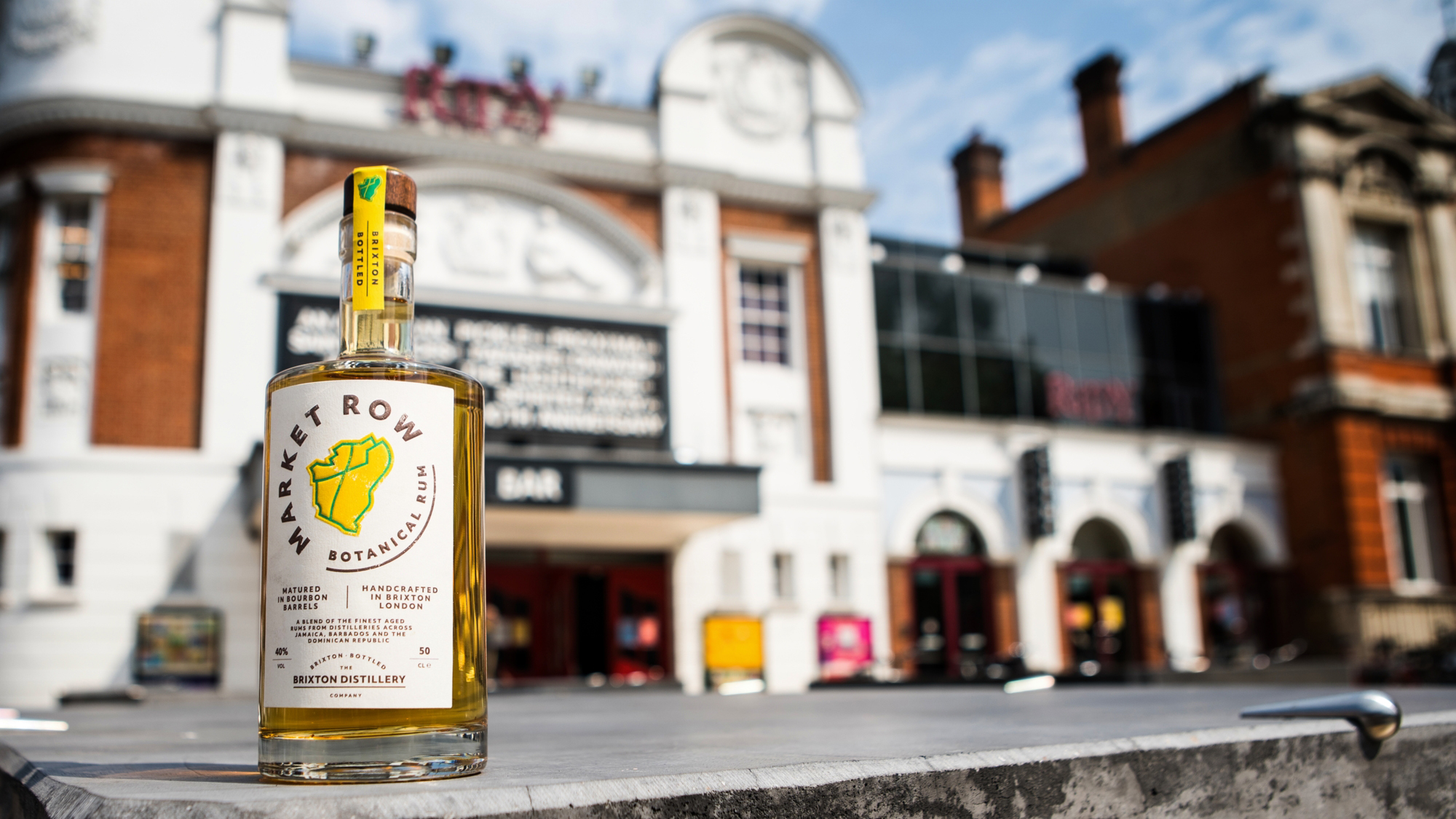 Two former Pernod Ricard executives have opened the Brixton Distillery Company, based in the London neighborhood of the same name, and have launched its debut spirit, Market Row Botanical Rum.

Brixton Distillery Company Market Row Botanical Rum is a blend of Jamaican, Bajan, and Dominican aged pot still rums from five historic distilleries, matured in ex-Bourbon barrels. The Rum is then infused with Kenyan black tea, Nigerian hibiscus, and Pakistani red rose, all of which are “inspired and sourced from Brixton Market.”

On the nose, Market Row is bright and vibrant with all of the classic notes of a traditional Jamaican pot still rum, including vanilla and caramel. The notes of the nose carry over to the palate as hints of creamy vanilla and caramel are followed by big fruity hits of banana and pineapple. The influence of the ex-Bourbon barrels appears in the finish, which end with subtle notes of charred oak and pimento.

“We believe the market is ripe for a new, straight-talking and inclusive urban rum,” said Lacassagne. “We want to bring something new to the category – creating the same levels of craft, creativity and inclusivity to rum that is now seen in gin and feel we’re the right team to take on that challenge.”

Venning explained, “Market Row Botanical Rum is inspired by the community where it’s crafted and we’re working to support independent Brixton businesses and people by sourcing ingredients and skills locally to keep our ‘Brixton-bottled’ botanical rum authentic and give something back to the community.”

Coming in at ABV of 40%, the Rum will launch with an initial run of 1,500 bottles. Consumers can purchase a bottle directly from Amazon or online at the official website for £34 ($44 USD) per 500ml bottle.