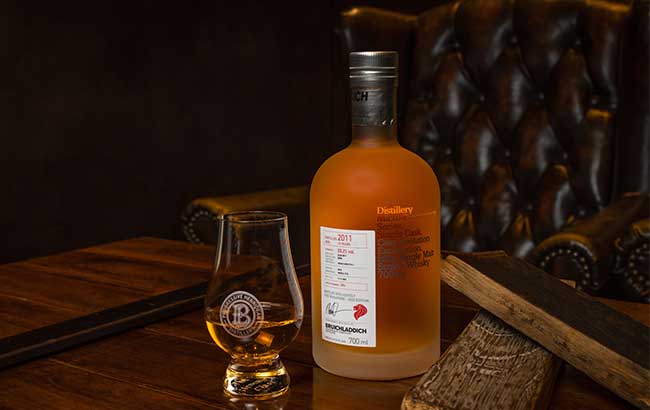 Bruichladdich has released its 2011 Micro Provenance Cask No 0315. Just 282 bottles of the whisky have been released exclusively in Singapore.

Bruichladdich 2011 Micro Provenance Cask No 0315 is the second release in Southeast Asia of the Micro Provenance series, and Singapore has been allocated one of the 20 single casks released across 10 countries in 2022. Comprising just 282 bottles, Cask No 0315 contains unpeated whisky aged for 10 years in second-fill Syrah barrels.

“At Bruichladdich, my role is to guide and shape these whiskies to express their provenance and terroir, rather than try to wrestle the variation into a narrow yet consistent band of flavour,” said Head distiller Adam Hannett. Adding, “Experimenting with age, storage location, cask type, and other variables translates into the highly unique characteristics in our casks – full of character, flair and attitude.”

Each year, Hannett hand selects the barrels for the Micro Provenance bottlings from 200 types that are resting in the distillery’s coastal warehouse.

Clocking in at 65.2% ABV, the 2011 Micro Provenance Cask No 0315 features label artwork of Singapore’s national symbol, the red merlion head. It was bottled in November 2021, and will retail for S$268 through online retailer One Cellar, which is also offering a bundle limited to six sets.

To mark the exclusive release, the bottle will be available at a discounted price of S$255 for purchases before May 18 if consumers use the promo code BRUMPSG.

Additionally, Singapore-based bars including The Cooperage, The Writing Club and The Joint will have limited stocks available for consumers to taste.

For more information, head over to Bruichladdich’s official website.

In February, Bruichladdich announced the final chapter in their Octomore 12s series, the 5th Edition of Octomore Ten Aged Years.