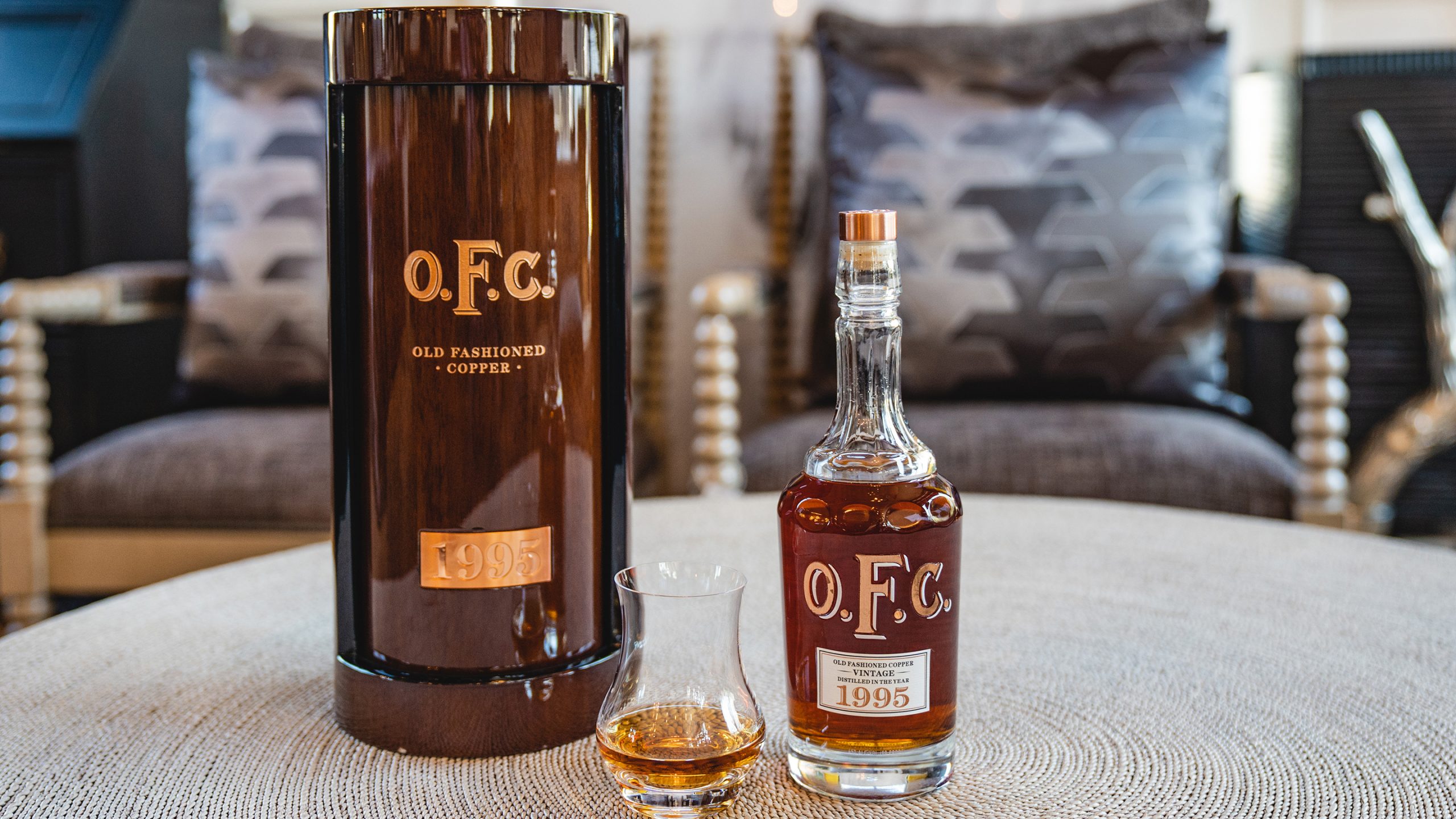 Buffalo Trace is releasing a 1995 Vintage O.F.C. Bourbon Whiskey. That means, back in 1995, while Amazon sold its first book and eBay made its debut as “AuctionWeb,” Buffalo Trace quietly distilled and tucked away a special Old Fashioned Copper Bourbon for 25 years.

The 1995 Vintage O.F.C. Bourbon has been bottled and is set to reach stores in December.  This is the fifth O.F.C Vintage release and, like its predecessors, will be very limited and extremely rare, with this year’s offer only 1,500 bottles. Similar to previous releases, the 1995 Vintage will arrive in a wooden display box containing a provenance card. Nestled inside the wooden box lies a crystal bottle with copper lettering in-laid in the bottle and a paper label applied by hand. The label on the back of the bottle as well as the provenance card note the milestones for the year 1995.

The O.F.C. vintage-dated Whiskeys have a name derived from this National Historic Landmark’s original moniker — the O.F.C. Distillery — renowned for producing top class Whiskey during its tenure.

Tasting notes for the 1995 Vintage describe the Bourbon as cherry cordial on the nose followed by caramel and slightly smoked-oak. Dark chocolate, tobacco leaves and dates are found on the palate, followed by a lingering finish of leather, black pepper, and cinnamon.

While this is the fifth O.F.C. Vintage release, it is only the fourth offered for sale. In the fall of 2016, Buffalo Trace Distillery released three vintage-dated bourbons exclusively to non-profit organizations at no charge to raise money for their causes. Those bottles, from 1980, 1982 and 1983, were auctioned at charity and raised close to $1.2 million for causes including cancer services, cystic fibrosis, leukemia and lymphoma, children’s rights, autism, military veterans, animal protection, arts foundations and many more.