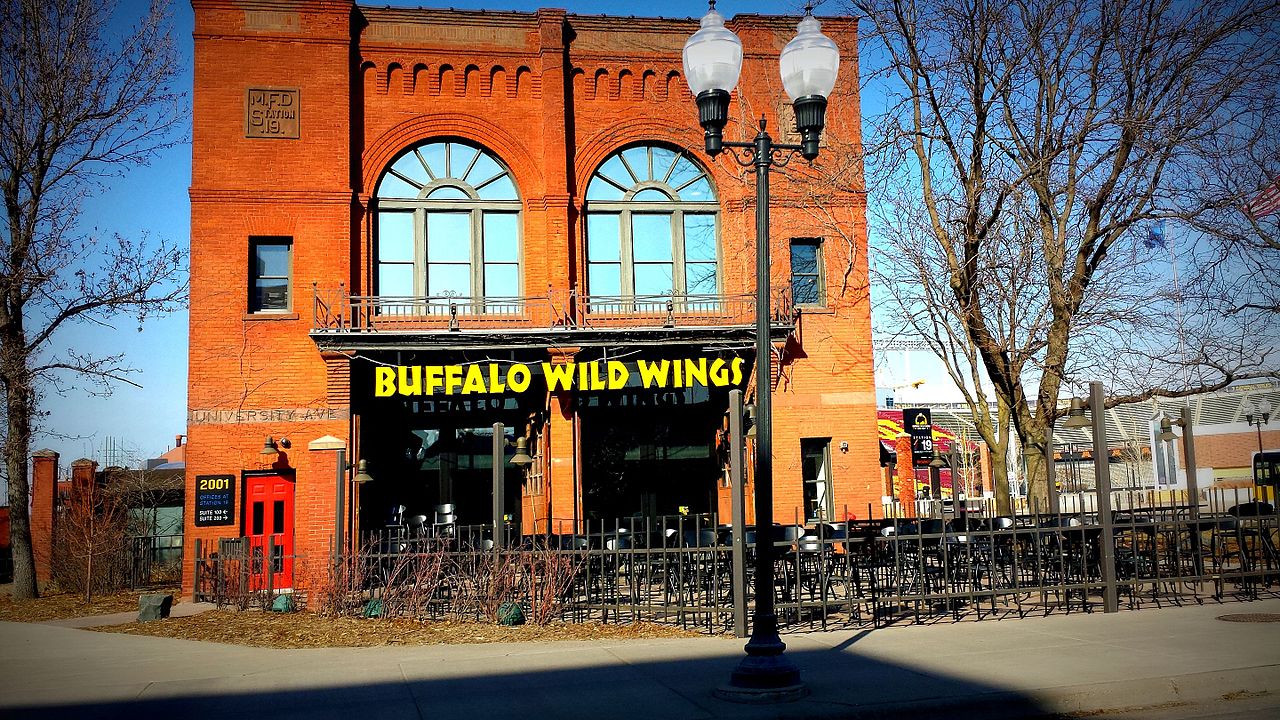 The idea of Buffalo Wild Wings releasing its own Whiskey might sound like a dubious proposition at first, until you learn Buffalo Trace is involved. America’s oldest continuously operating distillery and the country’s largest sports bar brand have come together to release an 8-year-old American Whiskey available exclusively at locations of the wing chain in Florida, Georgia, Colorado, Nevada, and California. While it seems like they might be calling it “Single Barrel Select Bourbon,” we’re certainly hoping for a change to “Buffalo buffalo Buffalo buffalo buffalo buffalo Buffalo buffalo.”

The Whiskey is a special bottling from single barrels hand-picked by Buffalo Trace’s head distiller Harlan Wheatley, who’s been winning awards at Buffalo Trace for over two decades. “This special batch of bourbon is rich and complex yet smooth and balanced in taste,” explained Wheatley. “Enjoy some the next time you visit Buffalo Wild Wings.”

This Single Barrel Select Bourbon possesses, “notes of caramel, dark fruit and a hint of black cherry, with an oaky, sweet flavor and a smooth finish,” according to the distillery. And its “rich and smoky flavors also complement barbecue-based wing sauces and the new brisket platform, which features savory entrees such as the Smoked Brisket Burger and Smoked Brisket Sandwich.”

“This bourbon is perfect for fans to drink while watching the game. And it can be enjoyed on an ice block, neat or mixed into an Old Fashioned or one of our classic cocktails,” said David McPhillips, Director of Beverage Strategy & Innovation for Buffalo Wild Wings.

“By including Single Barrel Select Bourbon in our beverage program, we’re holding ourselves to a high standard as a sports bar,” McPhillips says. “We’re showing guests that we’re trying to be a bit different and they can expect us to keep innovating across our menu.”

The Buffalo Wild Wings and Buffalo Trace Bourbon Whiskey will be available for as long as supplies last.