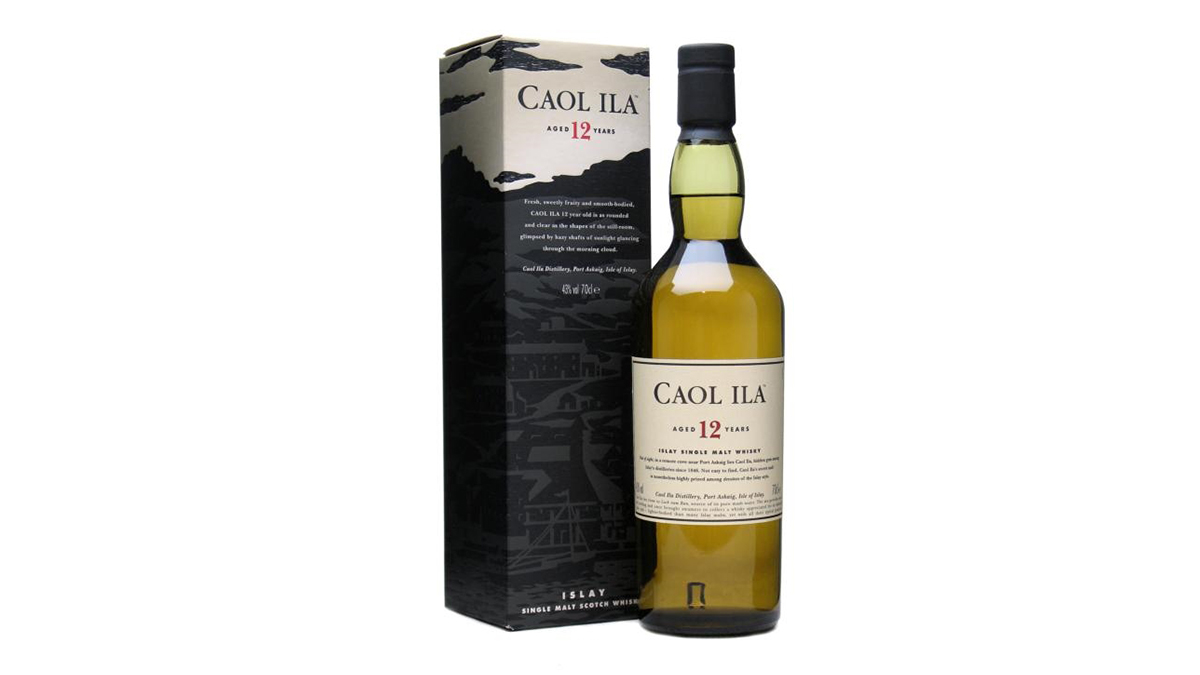 Launched in 2002, the Caol Ila 12 Years Old is the entry level bottling from the Diageo-owned Islay distillery. Of all the brand’s expressions, it is the most common in the United States. Those looking to begin their understanding of Islay’s offerings, would do well to start with this tasty tipple.

Made from 100% malted barley that has been aged from minimum 12 years, it matures in ex-Bourbon casks. The Whisky comes in at 43% ABV, meaning there is a little bit of a kick compared to their lighter Moch offering.

On the nose, aromas of almond oil and old fashioned oilskins mixes with notes of lychees and a trace of olive oil. The medium body is smooth, but firm, and presents a pleasant mouthfeel. The palate possesses a light acidity with some salt and sweeter notes. The finish is full of a sweet smokiness that lingers with a sour touch.

To properly enjoy the 12 Year Old, serve it in a rocks glass, adding ice or a splash of water to taste. It can also be enjoyed simply neat.

Pronounced “Cull Eela,” Caol Ila is Gaelic for the Sound of Islay, which separates the Island from Jura. It sits on the isle’s rugged eastern coast near Port Askaig, where it has been located since 1846. The distillery completely burned down in 1972, but was rebuilt and opened again in 1974. Currently owned by spirits giant Diago, it is the largest in both size and production of the eight distilleries scattered across Islay.

The distillery all produces a lighter Moch bottling, a Distillers Edition, an 18 Years Old, and a 25 Years Old, as well as a variety of other limited edition expressions.