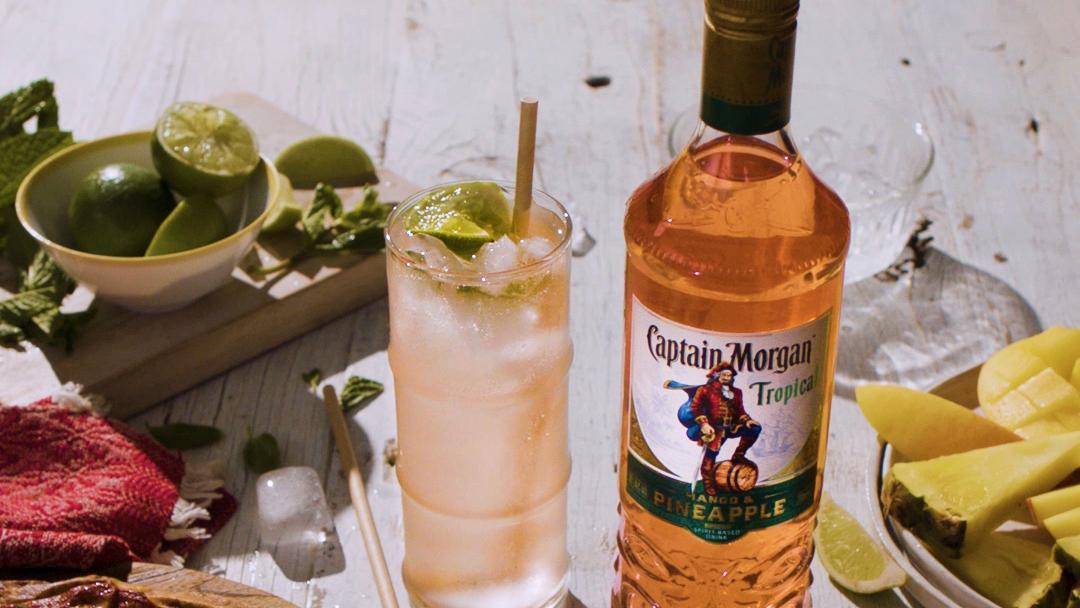 Captain Morgan Tropical offers a twist on the classic fine Caribbean rum with a combination of pineapple and juicy mango in one smooth drink.

Drawing inspiration from flavors found in the South Pacific, each mouthful promises to make you feel as if you’re ‘on a relaxing holiday in paradise’.

Containing 17 standard drinks in each bottle, the summery drink is a suitable option to bring to a social gathering or celebration, once the world is out of lockdown.

The new alcoholic drink is available in 700mL bottles around the country for $45 from leading liquor stores.

Last week, Austin FC, the 27th club in Major League Soccer (MLS), announced that it has entered into a multi-year sponsorship agreement with Diageo North America and named Captain Morgan as an Official Partner. Diageo North America made its first significant investment in the MLS in 2019 when it entered into a deal that established Captain Morgan as the league’s exclusive spirits partner.

In September, Captain Morgan Sliced Apple Spiced Rum arrived to shake up the Rum category. There’s no doubt that everyone’s favorite tropical liquor has been on a hot streak of recent, but Rum is more than just a supper tipple. This new spirit from the Diageo-owned brand reimagines Rum’s place on the shelf by putting a twist on fall’s favorite fruit, delivering a delicious option no matter how you like to enjoy your drinks; neat, on the rocks, or in a cocktail.