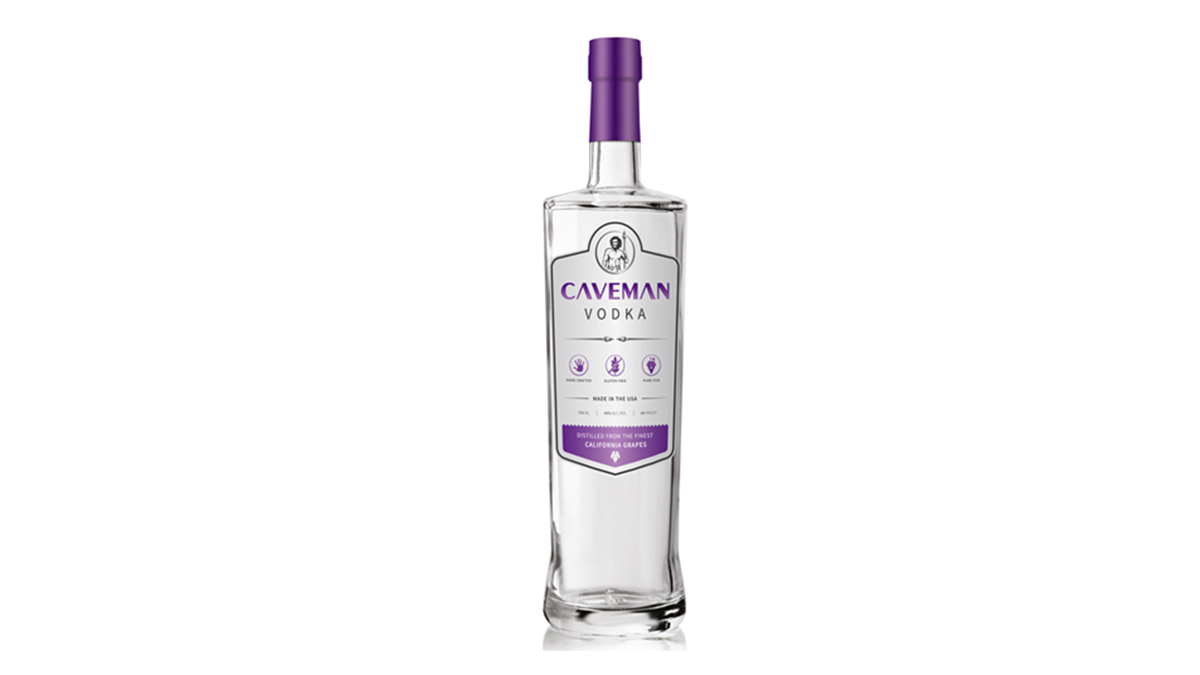 Caveman Spirits Company has launched Caveman Vodka, a new spirit made for the Paleo lifestyle. The inaugural offering from the California brand debuted at the Paleo f(x)™ Virtual show.

Caveman Vodka is distilled from California grapes and naturally gluten free. Other details on the spirit remain scarce.

“Our Paleo ancestors had it right…. Long ago Cavemen were constantly on the run hunting and gathering or being chased by saber tooth tigers,” says the brand. “Today, the world is still moving fast and we now have the luxury of celebrating our achievements with a Paleo-inspired Vodka, gluten-free from grape to bottle.”

Founder Steve R Olsen first discovered the benefits of the paleo diet after his brother developed prostate cancer. This shocking and unexpected news was a wakeup call to remind him and his family to make the most of their lives. Fortunately, his brother underwent treatment and is now cancer-free. To get back in shape and good health, Steve and his brother took it upon themselves to compete for a weight loss challenge. Using the Paleo method, Steve won the contest and the rest is history.

Caveman Vodka launched with the Speakeasy Company and can be ordered directly from the official website. It will also be available at a variety of Southern California specialty retailers in the near future.

In other Vodka news, earlier this month Vusa Vodka launched in an effort to disrupt the spirits markets by distilling a premium Vodka made from the finest African ingredients. The forthcoming Vodka has already picked up a silver medal at the International Wines & Spirits Competition.

In October, Miami club-inspired E11EVEN Vodka was launched. Created by CEO & Chairwoman Nikki Simkins, the new Vodka represents the “Miami Spirit,” according to the South Florida brand. It is now available for purchase online for nationwide shipping and at retail stores & on menus at establishments across South Florida.