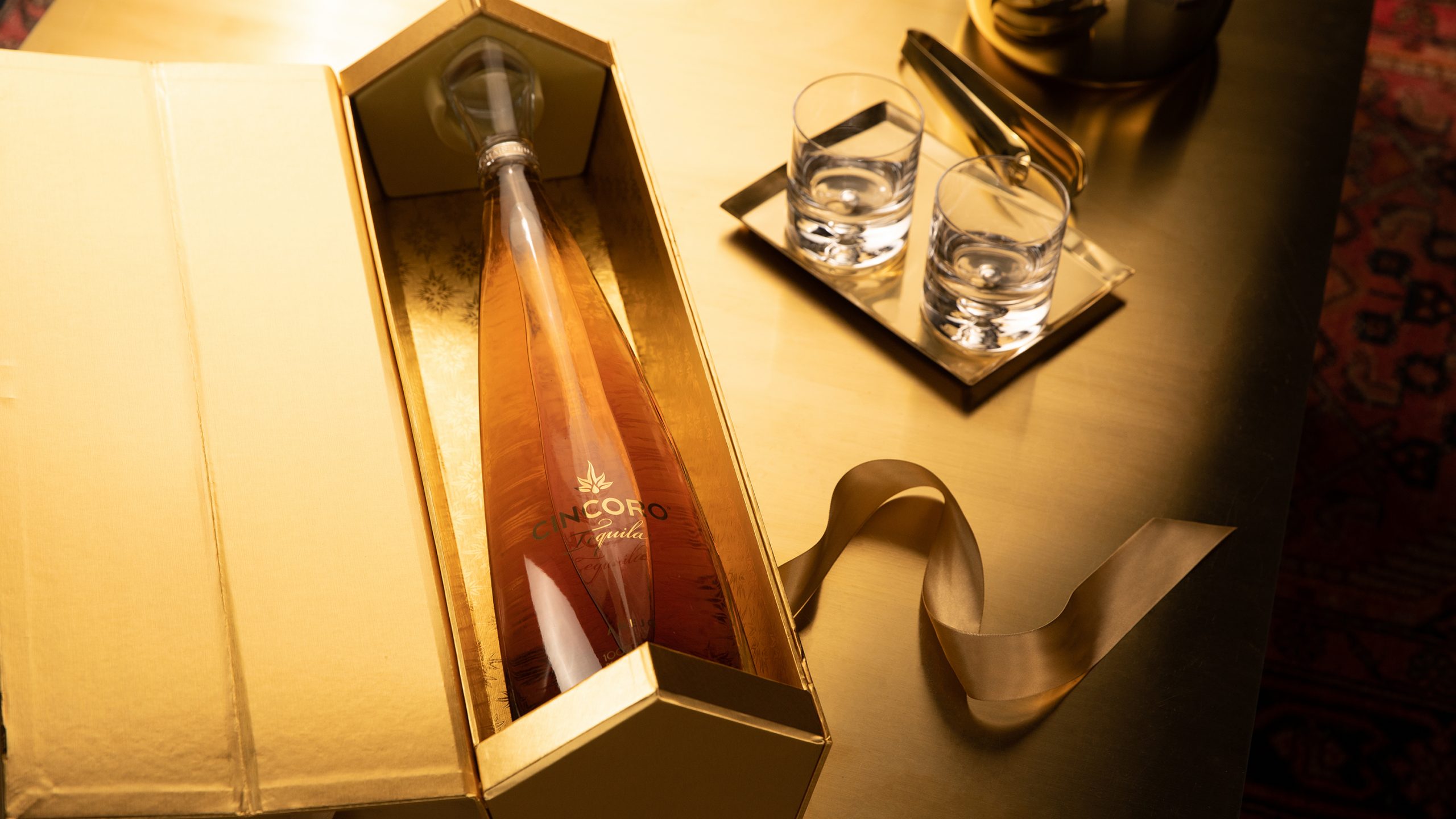 Cincoro Tequila has launched its first-ever limited edition offering, “The Number Series.” Consisting of the brand’s Añejo Tequila in a giant 1.75L format, each bottle in the series is engraved with a unique number.

Over twice the size of existing Cincoro offerings, the limited release will launch on Shop.Cincoro.com before making its way to retail. Those interested can register for first access starting on October 13.

Last year, Cincoro Tequila Añejo was dubbed Añejo Tequila of the Year by the 2019 New York International Spirits Competition. “The Number Series” was developed to be similar to “sneaker drops and capsule collections,” with the individually numbered bottles ending up in the hands of a few lucky consumers. Each bespoke bottle will be packaged in an incredible statement gold gift box, one that is almost too special to gift.

Registered consumers will be given the first opportunity to purchase an exclusive bottle from “The Number Series” on October 27, at Shop.Cincoro.com. Once the product is released, it will retail for $369.99, rolling out online first in limited quantities in the following markets: Arizona, California, Connecticut, DC, Florida, Illinois, Massachusetts, New Jersey, New York, Tennessee (Nashville only), and Texas (Dallas & Houston only).

The Anejo features aromas of oak, sweet cooked agave, maple, and orange rind on the nose. According to the distillery, the palate is complex with toasty oak, cooked agave, and butterscotch mixing with dark chocolate. The finish is elegant, evolving over time and featuring cooked agave, dried fruits, and baking spices.

Cincoro Tequila was created by five friendly NBA rivals: Jeanie Buss of the Los Angeles Lakers, Wes Edens of the Milwaukee Bucks, Emilia Fazzalaria and Wye Grousbeek of the Boston Celtics, and Michael Jordan of the Charlotte Bobcats (formerly of the Chicago Bulls and Washington Wizards). The group only began discussing the idea of starting their own Tequila brand in July 2016, so to come this far this fast is impressive.

Cincoro Tequila also produces a blanco, a reposado, and an extra anejo.