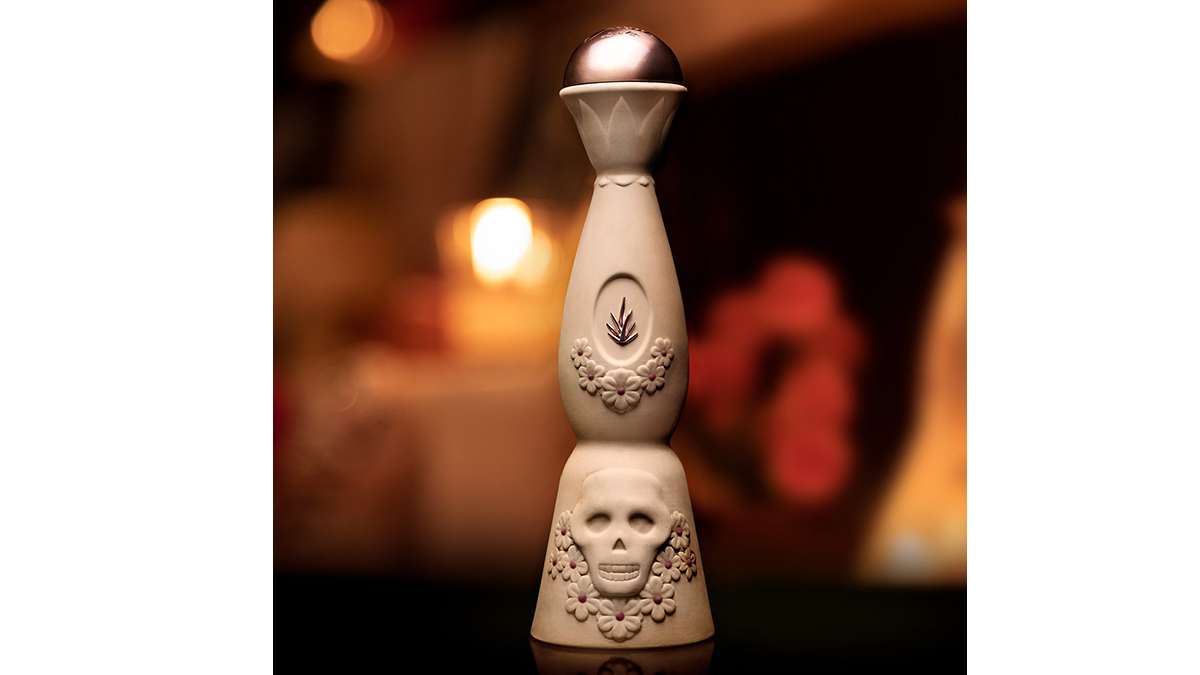 Clase Azul has unveiled Dia de Muertos 2020 Edition Tequila. The limited edition expression from the cult favorite Tequila brand celebrates the Day of the Dead, where families gather in memory of their loved ones and honor them with their favorite foods and drinks.

Clase Azul Dia de Muertos 2020 Edition contains a blend of Clase Azul Plata, Reposado, and Extra Anejo Tequilas. Only 2,000 of the hand-crafted bottles will be released, and only 1,000 of those will make it to the United States. The company began the tradition of releasing special bottlings for Dia de Muertos four years ago, but this is the first year that the limited edition expression will make it to the U.S.

The Tequila possesses a golden color and fragrant scent. On the palate, it offers flavors of vanilla, oak, nutty toffee, white pepper, and various savory notes.

“We say that our loved ones never really died,” says Juan Sanchez, co-founder and President of Clase Azul Spirits, speaking to Forbes. “If you don’t do something for them to remember them, they won’t come back to this world. It’s so important that we have a celebration for them.”

“We encourage people to take part in the celebration,” Sanchez added. “Our Día de Muertos tequila is all about educating our fans about the holiday, and in a way asking them to celebrate with us. It’s all about sharing.”

Back in July, the brand unveiled its latest creation, Clase Azul Gold. The new release from the luxury agave spirits creators is a blend of Tequila Clase Azul Plata and an eight-year-old extra anejo that was first aged in Bourbon barrels and then finished in Pedro Ximenez sherry casks. It hit stores on August 1.