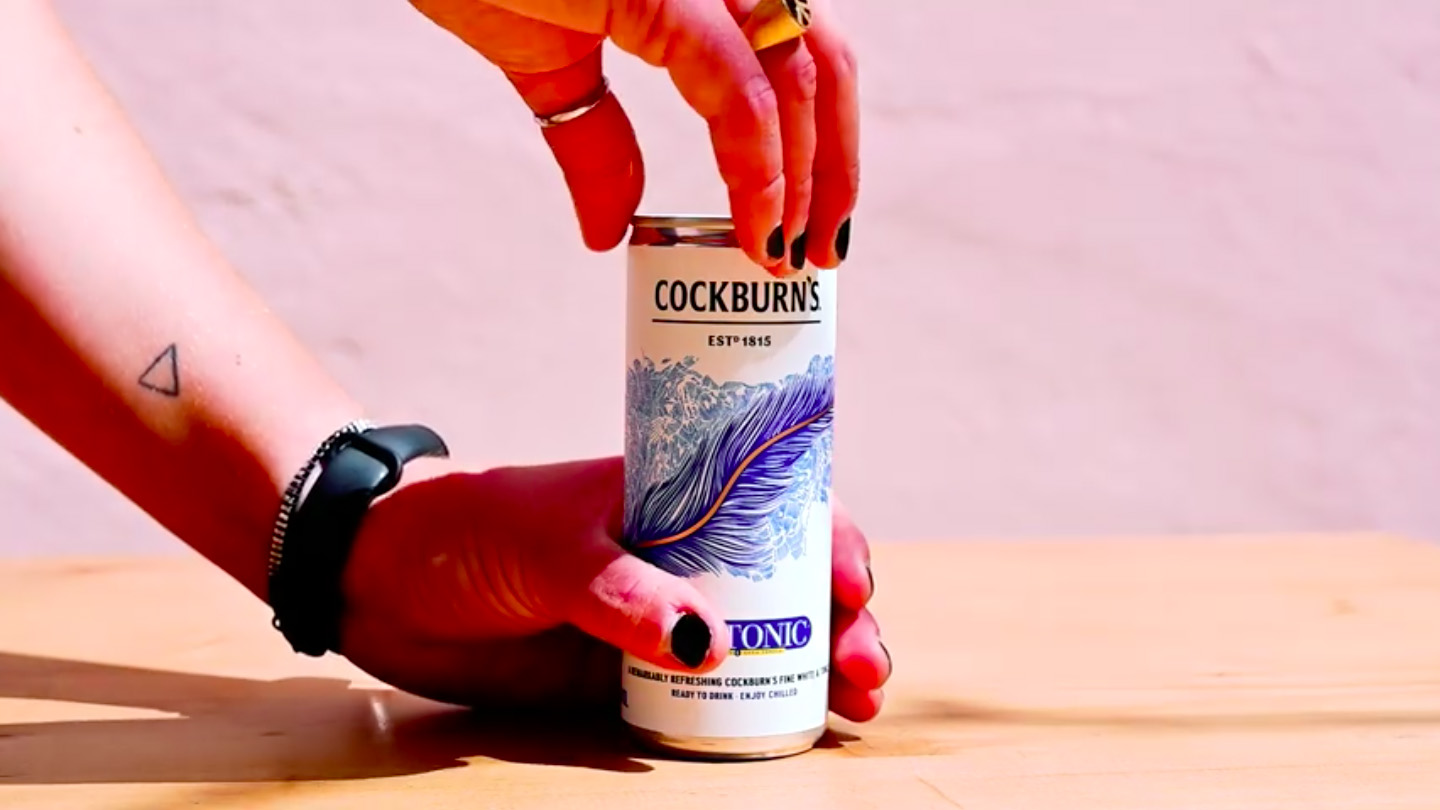 Cockburn’s has unveiled its own Portonic, becoming the latest brand to join the world of Port and tonic in a can. Taylor’s, Croft and Offley have all previously released their own versions of the two ingredient RTD variety.

Portonic, which is the official name for a ready-to-drink combination of Port and tonic that was registered by the Port and Douro Wines Institute (IVDP) earlier this year. Cockburn’s Portonic is a mix of Fine White Port, tonic water, lemon & fresh mint in a 250ml can.

For those unaware, Portugal’s pre-pandemic tourism boom precipitated a growing interest in Port and tonic. According to the brand, UK has seen trade sales of white port increase by 61% between 2014 and 2020, while sales of Cockburn’s white port in the UK have increased by 340% over the same period. While we can’t verify those numbers, we can tell you that we spent much of our last trip to Porto sipping white Port and tonic while looking over the Douro River.

The signature Cockburn’s feather from the 75cl bottle of Porto Branco – which is drawn in the shape of the Douro River – is featured boldly across the can in “a bright and distinct design”. To celebrate the lunch of Cockburn’s White Port & Tonic can, the brand is challenging people in Porto and London to take part in the ‘Birds of a Feather’ treasure hunt.

Cockburn’s will hide blue and gold feathers in three locations in both Porto and London and, every other day for a week, Cockburn’s will share a clue for people to find the feathers – the first that do will win a summer’s supply of its White Port & Tonic cans.

For more information, head over to the brand’s website.

Founded in 1815, Cockburn’s has been owned by Symington Family Estates since 2010. In April, Symington bottled six Quinta Vintage Ports from 2019, and will release two en primeur – Quinta do Vesúvio and Dow’s Quinta da Senhora da Ribeira. The release will be accompanied by two limited edition cases from both estates, each containing the 2019, 2009 & 1999 Vintage Ports.