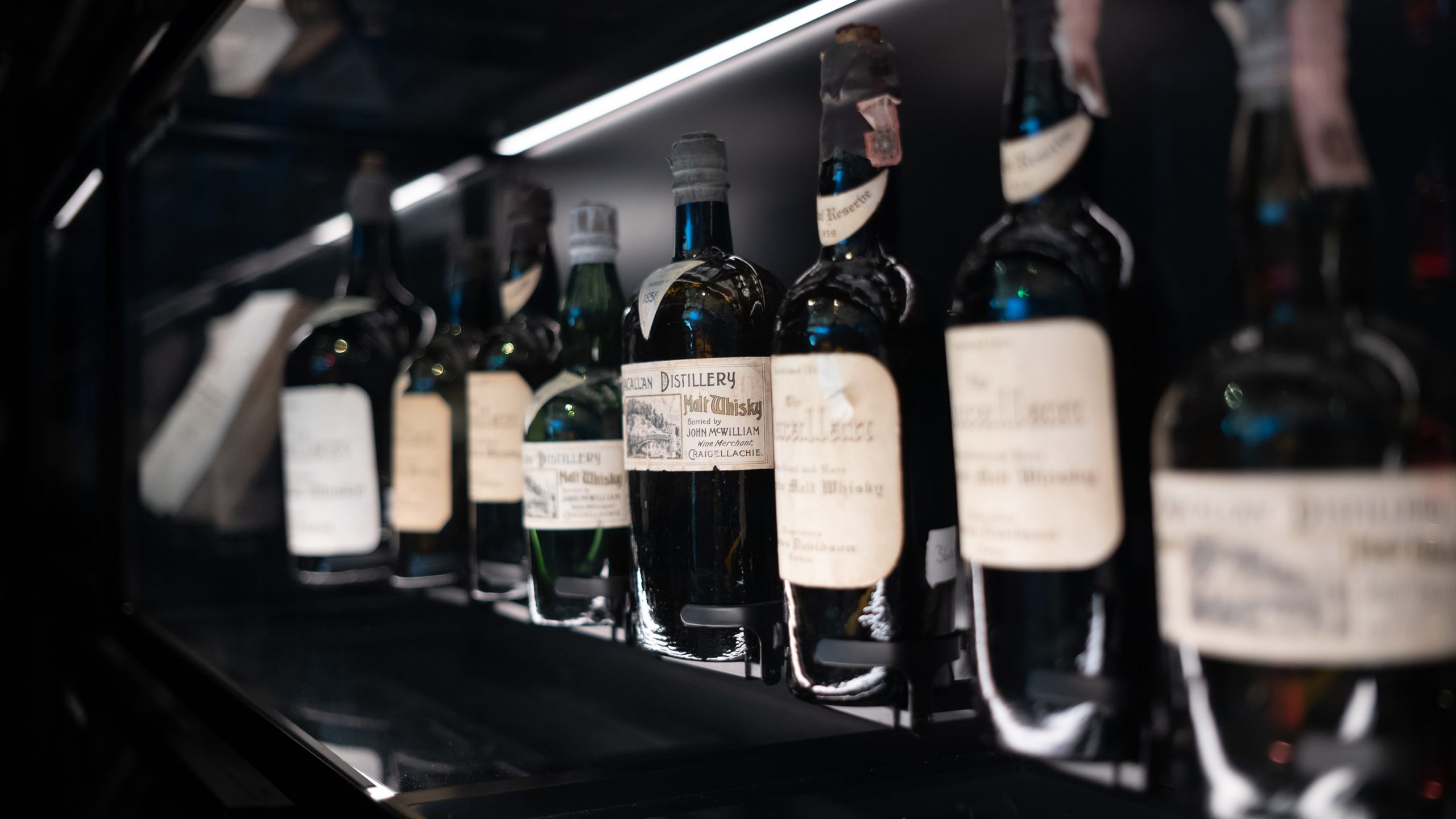 “Macallan was one of the only distilleries operating during World War Two,” said London auctioneers Sotheby’s. “It was forced to use local peat in production, due to the rationing of commercial coal use. As a result, this distillate represents a very different character to modern Macallan.”

All the single malt Scotch Whiskies from the Speyside distillery belonged to an Italian collector.

Also in the sale were seven 5cl miniatures — offered as trade samples at the original launch of Macallan’s Fine & Rare Collection in the 1920s — which grabbed £13,000 in total.

“The staggering values we achieved on the Macallan Fine & Rare collection are testament to the strength of the spirits market,” noted Jonny Fowle, Sotheby’s spirits specialist.

On September 16, The Macallan is giving an inside look into everything that goes into their Double Cask Range via their first ever virtual tasting “The Macallan Whisky Bench Experience.” Featuring a panel made up of the top Whisky professionals from the Speyside distillery, the one night-only event will provide Whisky lovers with an unprecedented look at the making of Double Cask through the unparalleled wood journey and exceptional Whisky making process as told by the Masters of The Macallan themselves.