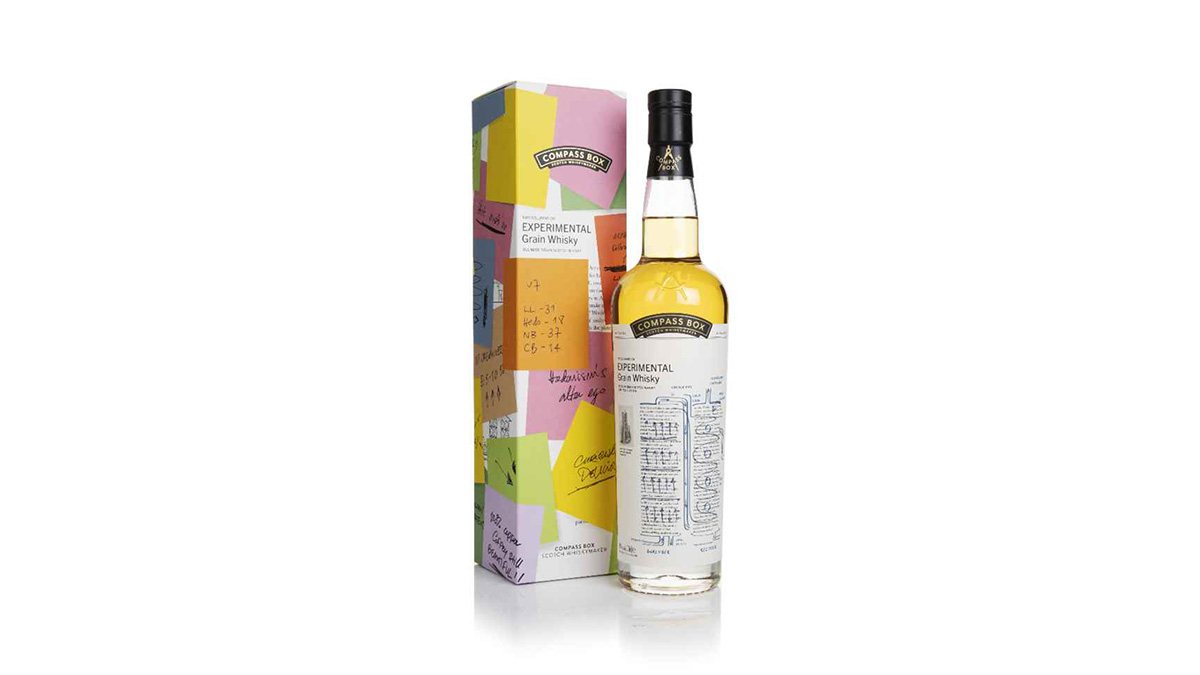 Compass Box has unveiled the details behind a new limited-edition Experimental Grain Whisky that seeks to blur the boundaries of the Scotch category. The independent bottler announced the bottling earlier this month.

One third of Compass Box Experimental Grain Whisky is made from 100% peated malted barley sourced from Loch Lomond Distillery. According to the brand, the liquid might be 100% malt but because it is produced in a column still rather than a pot still, it must be defined as a grain whisky in line with Scotch regulations.

Bottled at 46% ABV, the expression is also made with grain whiskies aged in re-charred barrels and hogsheads, which provide crème brûlée notes that complement the Loch Lomond liquid’s herbal and spicy smoke aromas.

The design for the new whisky features artwork that draws on technical distillation textbooks, as well as drawings from Pablo Picasso. The use of sticky notes in the design expresses the product’s ‘work-in-progress’ nature, said the brand.

“Experimental Grain Whisky tastes like no limited edition we have made before, and we even flipped the front and back labels – creating a unique mid-century modern design for the bottle as well,” explained James Saxon, lead whiskymaker. “We set out to create the alter ego to Hedonism, our signature whisky and the world’s first vatted grain. The whisky we sourced from the Loch Lomond Distillery has been made from a mashbill of 100% peated malted barley; this component, in what is officially a grain whisky, feels like a spy travelling under a false passport. We love this tension that so often exists between the rules and a modern willingness to do things differently, in pursuit of flavour.”

Compass Box Experimental Grain Whisky is priced at £100 ($136 USD) and is available to purchase from the brand’s official website. It is limited to 6,142 bottles globally.

In August, Compass Box has unveiled the latest addition to its signature range, Orchard House. The fruit-forward and spirit-driven blended malt Scotch whisky is described as a “standout all-rounder.”