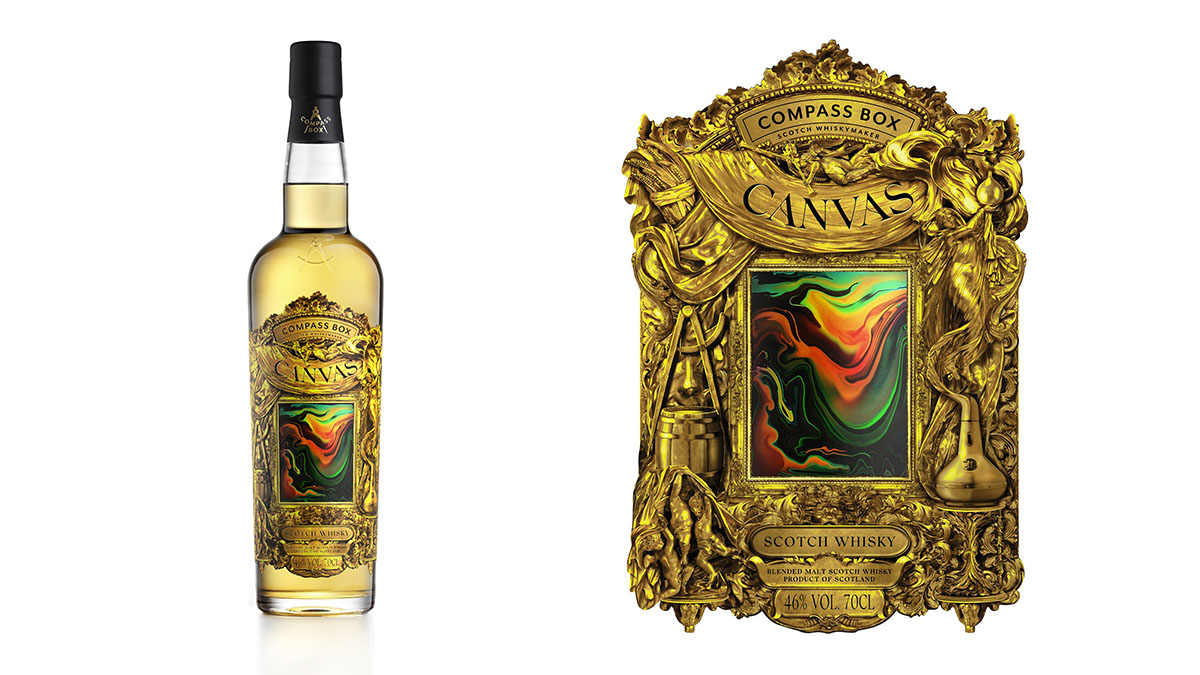 Compass Box has announced a new limited edition, Canvas Blended Malt Scotch Whisky, featuring whisky aged in Vino Naranja casks. The new whisky is meant to artistically inspire consumers by engaging them through the opportunity to create their own label design.

A portion of Canvas was aged for three years in Vino Naranja casks, which resulted in intense citrus oil and honeyed oak notes. Vino Naranja is a fortified Spanish wine from the Condado de Huelva region (in southern Spain) to which orange peel is added to the cask for a portion of the wine’s ageing process. The Scotch carries notes of ripe fruit, honey, vanilla, cocoa powder, oak, and a marmalade stickiness.

“For us, whiskymaking is an artistic process, and the whisky is our canvas. Canvas achieves a delicious level of boldness thanks to part-ageing in the Vino Naranja casks, filled as an experiment in 2018,” said James Saxon whiskymaker. “We wanted this release to embody the spirit of its creation and inspire sippers to indulge in their own artistic adventures.”

Award-winning designers Stranger & Stranger drew inspiration from the Renaissance-era use of trophy frames when they partnered with Compass Box to craft Canvas’ consumer-engaging label. Historically, trophy frames, such as the one portrayed, were a way to showcase one’s greatest achievements. On the Canvas label, the frame captures the story and achievement of whiskymaking. Consumers have the opportunity to partake in the label creation process by using the bottle’s unique QR code, which links to a template where they can input their own photo, sketch, poem or image of their choice within the frame and then print the personalized label.

Compass Box invites creatives and whisky fans to share their unique designs on social media, tagging the brand and using #compassboxcanvas. The hope is for whisky to inspire art that inspires another whisky.

Bottled at 46% ABV, Compass Box Canvas Blended Malt Scotch Whisky will be available in the UK from 9th August . Just 5,880 bottles will be released worldwide and are priced at £100.

For more information head over to Compass Box’s official website.

In March, Compass Box launched Menagerie. The whisky is the brand’s “answer to the call of the wild.”