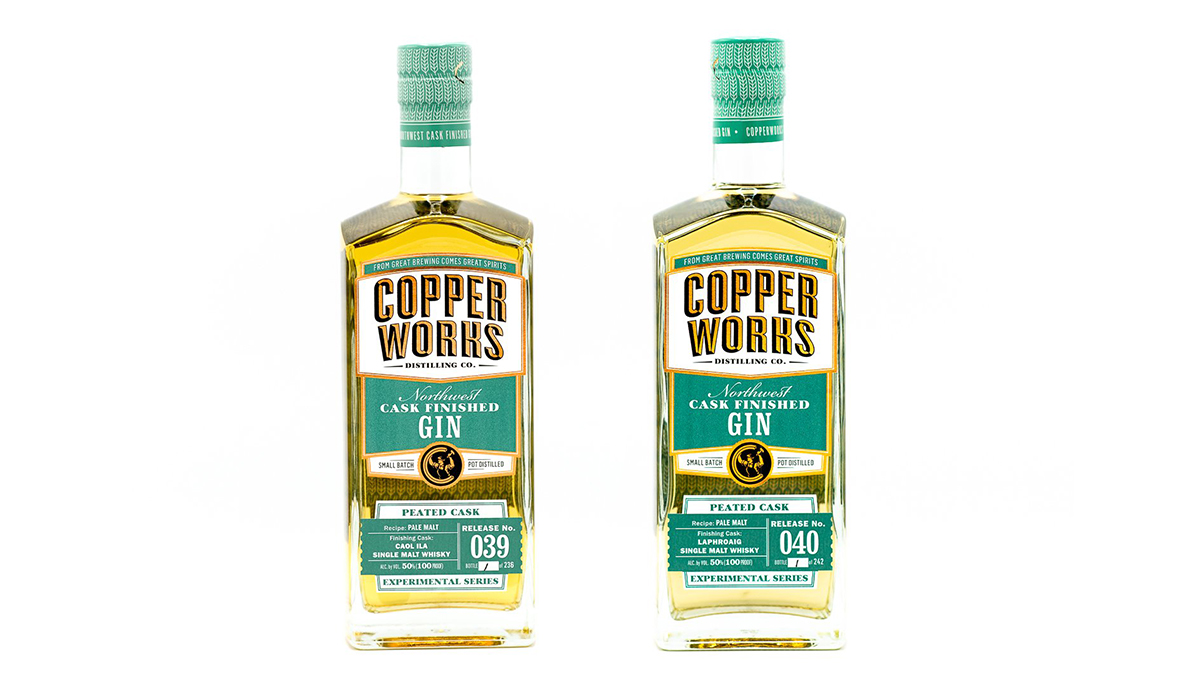 To creat the two new expressions, Copperworks filled casks from the two Islay distilleries with its Small Batch Gin. The Laphroaig cask was left to rest for seven months, while the Caol Ila cask matured for 10 months.

“We’re intrigued by how different these two releases are,” said Jason Parker, Copperworks co-founder and president. “The Caol Ila cask version is lighter with citrus notes and the Laphroaig cask version is heavier and smokier. It’s fascinating to taste them side by side. Both gins are enjoyable on their own, as sipping gins, and they both offer flavors robust enough to feature in spirit-forward cocktails.”

The Laphroaig Cask variety has, “Aromas of driftwood smoke, musk, pine tar, and cedar lead to flavors of matcha green tea, tobacco, and cardamom. Finishes with a long incense and cigar smoke impression.”

Both the Laphroaig and Caol Ila aged Gins are bottled at 50% ABV and can be purchased through the Copperworks official web store for $49.95 per 750 ml bottle.