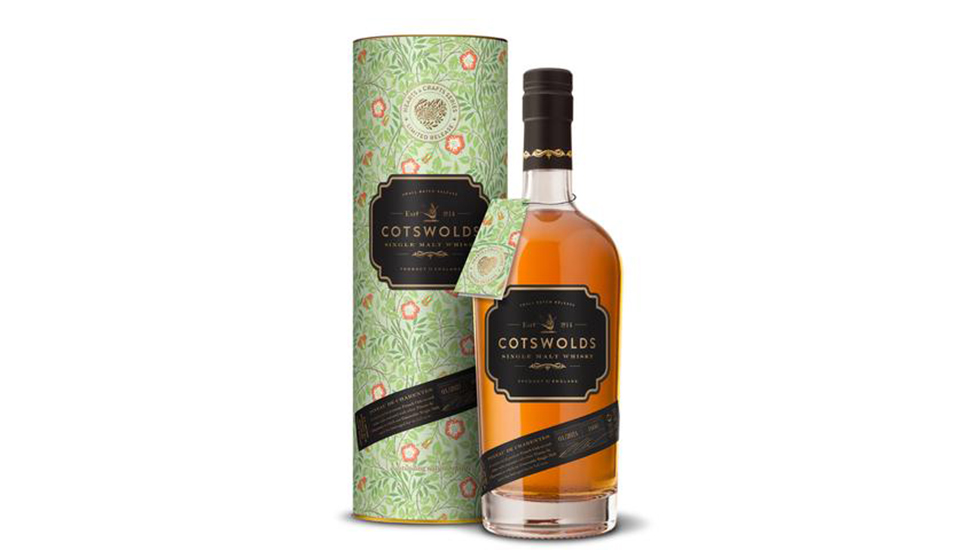 Cotswolds Distillery has unveiled Hearts & Crafts Pineau De Charentes Cask Single Malt Whisky. The new offering is the latest edition in the limited edition series and celebrates the Arts & Crafts movement which flourished in the Cotswolds and stood for the importance of traditional craftsmanship.

On the nose, the English whisky offers aromas of rich tonka bean, marzipan and caramelised peaches. The palate delivers raisins and brazil nuts with dried orange peel. The finish is warm and long with hints of white pepper and almonds. The sweet notes of this golden aperitif wine are well balanced by the French oak tannins.

Bottled at 55.2% ABV, the whisky is non-chill filtered and without any added coloring.

The Cotswolds Hearts & Crafts Pineau de Charentes Cask is priced at £74.95 ($104 USD) and can be purchased via the company website.

Last year, the Cotswolds Distillery unveiled the first edition of its Hearts & Crafts series, a Sauternes Cask Single Malt Whisky. For the release, the distillery selected a small parcel of premium French oak casks seasoned with sweet Sauternes wine, resulting in a honey-coloured malt with a vinous quality and notes of peach, sweet raisin and oak wood spice. All bottles come with a limited edition William Morris design presentation tube.