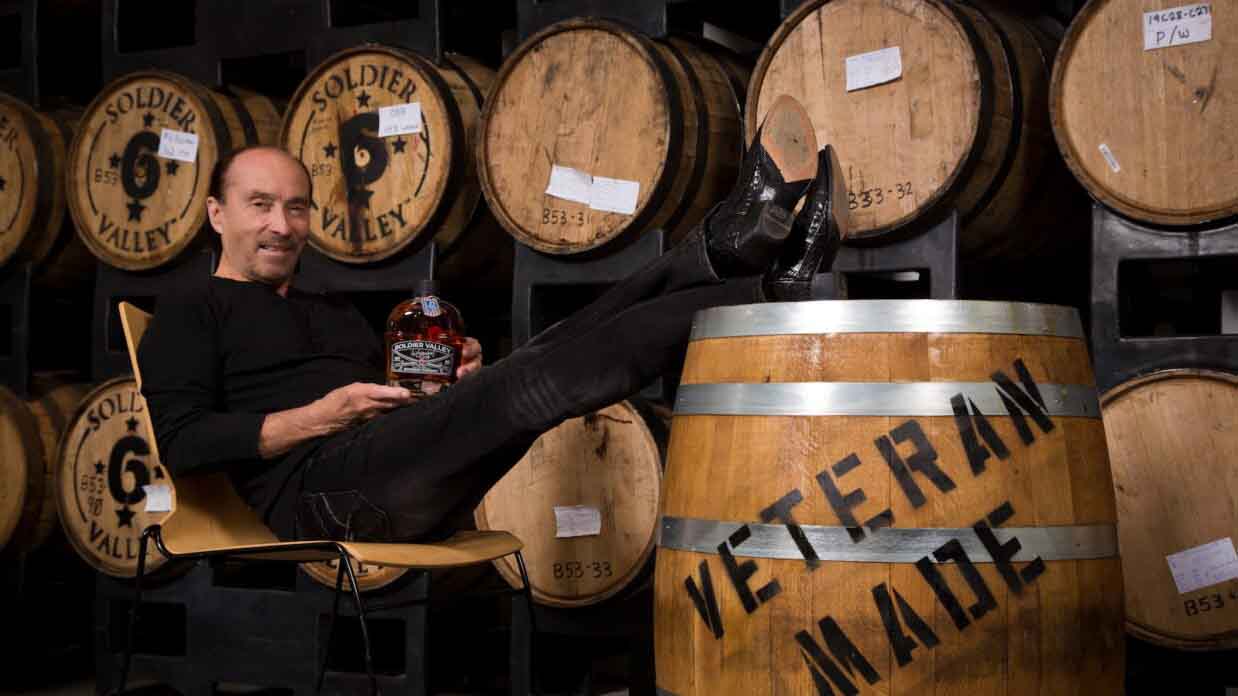 Lee Greenwood has teamed up with Omaha, Nebraska’s Soldier Valley Spirits to create his own eponymous Bourbon Whiskey. The country music star is known for various patriotic hits such as “God Bless the USA” and “Dixie Road.”

“If you look at the history of my career, you won’t find my name associated with anything else other than something military,” Greenwood told Whisky Advocate. “I met these two guys, and I would say David [Young, Soldier Valley’s president] and Jeff [Hadden, founder] are just the best type of American that you could possibly ask for. Not only are they veterans, but they’re concerned about American citizens. Their company is extremely positive. I met a lot of people who work there when we visited the facility. It is clean, it’s neat, and the product is excellent. We looked at other options but Soldier Valley was the only one that stood out as an endorsement of our military, and of course that’s pretty much what I’m all about.”

Hadden and Young see the collaborative release as a confirmation of shared values, explains the outlet. “Our moral compasses match up, with our company motto being ‘Faith, Family, and Freedom,’ and I know that’s what Lee and [his wife] Kim are all about as well,” Hadden says. “It was really a dream come true in order to align our two households, so to speak. … We walk the same kind of walk in life together. It’s been a really wonderful path so far.”

The packaging features a bottle resembling a World War II-era canteen, with a red, white, and blue dog tag around the neck and Greenwood’s signature on the label.

Priced at $55, Lee Greenwood Signature Bourbon Whiskey is set to first roll out along the Gulf Coast and on military bases. Head over to Soldier Valley Spirits’ official website for more info.