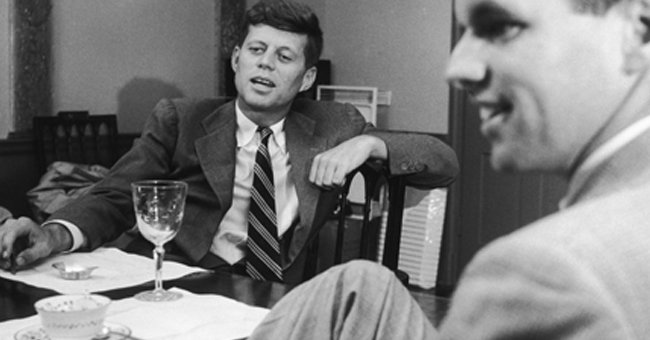 “Don’t bother with churches, government buildings or city squares, if you want to know about a culture, spend a night in its bars,” said Ernest Hemingway, possibly history’s biggest advocate of the Daiquiri. The Daiquiri is infused with Carribean history. Its origins, its rise in popularity, the changes it has gone through over time, they all speak of a region most readily remembered for its white sand beaches.

Before there was the Daiquiri, there was Grog (rum, water, ¾ ounce of lemon or lime juice, and 2 ounces of sugar). British sailors used the drink to stave off scurvy. In 1740, it replaced the pint of rum that sailors were given per day that was itself a substitution for the gallon of beer a day they were required to be given according to a law passed in the 17th century.

During this time, the British were at war with the Spanish over islands in the Caribbean–one of which was Cuba. Spain managed to hold its ground throughout much of the region, much to the chagrin of the United States, who wanted the European powers to stay away from the Americas–see the Monroe Doctrine (1823). Eventually, this led to the Spanish-American war, and the United States’ invasion of Cuba, where on June 22-24, 1898 the Fifth Army Corps under General William R. Shafter landed at Daiquirí and Siboney, east of Santiago de Cuba.

The Daiquiri gets its name from the very same beach, but that wasn’t until Jennings Cox dubbed it so in 1902. Cox was a mining engineer in the region, and supposedly came up with the drink as a “punch” after he ran out of gin during a party. He wasn’t the only person to be mixing rum, lime, and sugar in Cuba, however, as the drink was already common across the island and the rest of the Carribean. Sir Francis Drake had mixed up something similar called the El Draque, which is the precursor to the mojito, while Ti’ Punch was already common in Martinique and Guadeloupe. Nonetheless, the name daiquiri proliferated and became the beverage’s official name.

The drink spread to the United States in 1909 via Rear Admiral Lucius W. Johnson, a U.S. Navy medical officer, who introduced it to the Army and Navy Club in Washington, D.C. It gained popularity during the 1940s, when World War II rationing made whiskey and vodka hard to come by. Rum, nonetheless, remained plentiful because of Franklin D. Roosevelt’s Good Neighbor policy.

Hemingway moved to Cuba in 1939, right around the birth of the Frozen Daiquiri.  Constantino “Constante” Ribalaigua Vert, bartender and owner of Floridita, a bar in Havana, created the frozen variety via shaved ice and an electric blender. From there, the Daiquiri only grew in popularity.

Post war, when Americans became infatuated with the tropics and all the colorful beverages that conjured images of those places, the frozen daiquiri’s popularity reached its apex–leaving the original three-ingredient cocktail almost forgotten. Rumor has it that John F. Kennedy celebrated his 1960 election win with a daiquiri made by his wife Jackie.

It wasn’t until the 90s and the coming of the handmade cocktail wave, that the original three-ingredient variety became popular again.