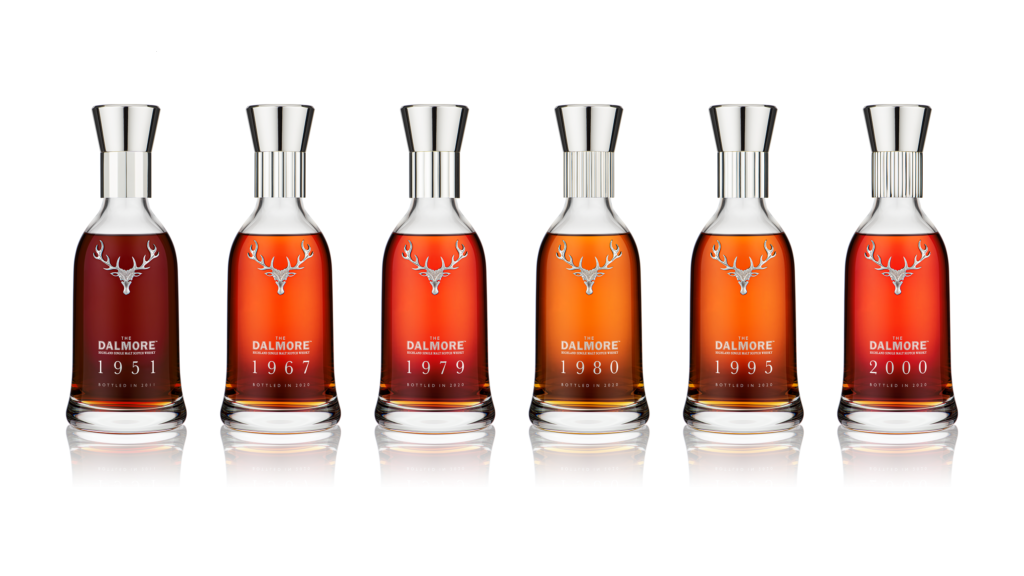 The Dalmore Decades Collection has set a new record for the Scotch brand at auction, after selling for $1.1 million at Sotheby’s Hong Kong. The Highland whisky makers unveiled the series of six bottles back in August.

The Decades Collection shattered the Dalmore record during a one-lot auction in Hong Kong that was also the highest value for a whisky lot sold at Sotheby’s so far this year and the most valuable whisky lot ever sold by Sotheby’s in Asia. The winner was an Asian private collector, who beat out competition from Hong Kong, Taiwan, and the UK.

“Representing yet another benchmark, the record result – which also represents the highest value whisky we have sold so far this year – speaks volumes of the strong global demand we have witnessed over the past two years,” said Sotheby’s spirits specialist Jonny Fowle.

Part of the proceeds from the auction will be donated to V&A Dundee. Late last year, the Dalmore announced a four-year partnership with Scotland’s first design museum. The V&A Dundee was the first Victoria & Albert museum to open outside London.

Master distiller Richard Paterson created the six-bottle collection, which includes one of the oldest liquids ever to have been released by the distillery, the 1951 vintage, along with the 1967, 1979, 1980, 1995, and 2000 vintages.

Sotheby’s spirits specialist, Jonny Fowle said The Dalmore was “an icon of the whisky world” and the collection encapsulated “everything that the Distillery stands for”, while highlighting the key elements that collectors are looking for in today’s premium whisky market.

The Whyte & Mackay-owned brand released 15 other Dalmore Decades Collections that are composed of five of the whiskies (excluding the 1951), which are valued at $275,000 USD. Each decanter features a different and distinctive colored stopper and the set comes with its own display pedestal. They are available at various international retailers including Harrods in London,  Le Bon Marché in France, Wally’s Wine & Spirits in Los Angeles and CDFG Hainan (CH).