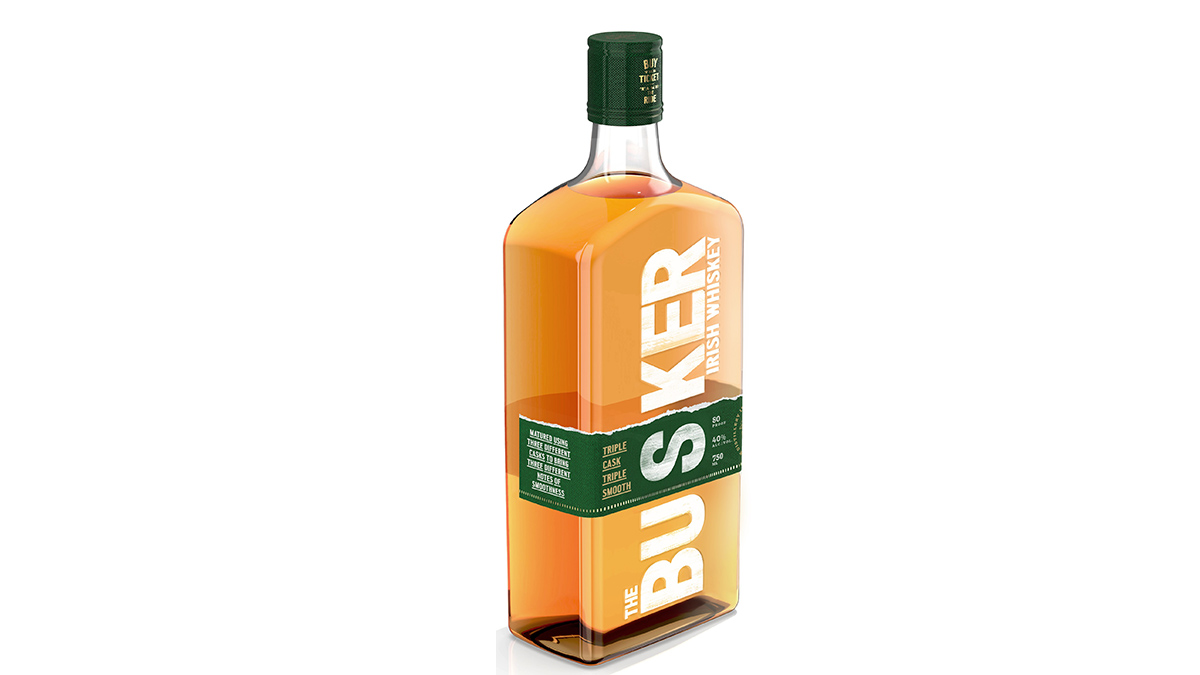 Disaronno International, the American arm of the famed Italian liqueur, is bringing The Busker Irish Whiskey to America. The new spirit is said to include all four types of Irish Whiskeys (single grain, single pot still, single malt and blend).

“Born out of a modern Ireland, where the contemporary and bold meet at the crossroads of tradition. Disrupting the Irish Whiskey landscape, The Busker is a revamped and adventurous look into the category,” explains a press release about the intent behind the bottling.

The Busker is produced at the Royal Oak Distillery, in County Carlow Ireland, located on an 18th century estate in Ireland’s Ancient East region. The Royal Oak Distillery is the only distillery in Ireland which offers all three classic Irish styles of Whiskey – Single Grain, Single Malt & Single Pot Still. The Busker uses different casks during the maturation process of their whiskeys including Bourbon casks, Sherry casks, and Marsala casks.

In total, the brand is delivering four new products to the U.S. market. The star of the show is The Busker Blend, which is a blend combining the single grain with high percentages of the single malt and single pot still. It is matured and finished in three different casks, (bourbon, sherry, and marsala). The Busker Single Collection, meanwhile, is made up of three single variant Irish Whiskeys: Single Grain, Single Pot Still, and Single Malt.

“We aim to disrupt the Irish Whiskey category by attracting new and authenticity-seeking consumers to the brand”, says Ray Stoughton, Executive Vice President of Disaronno International LLC. “While we honor the rich Irish heritage and whiskey-making traditions to produce superb liquid, we go beyond the limitations and lines of history to create our own story. The American consumers are thirsty for something that’s exciting and innovative, and The Busker delivers just that.”

All four expressions of The Busker will be released across the United States. The flagship Blend will be priced at $25 per 750 ml, while the Single Collection bottlings come in at $30 each.