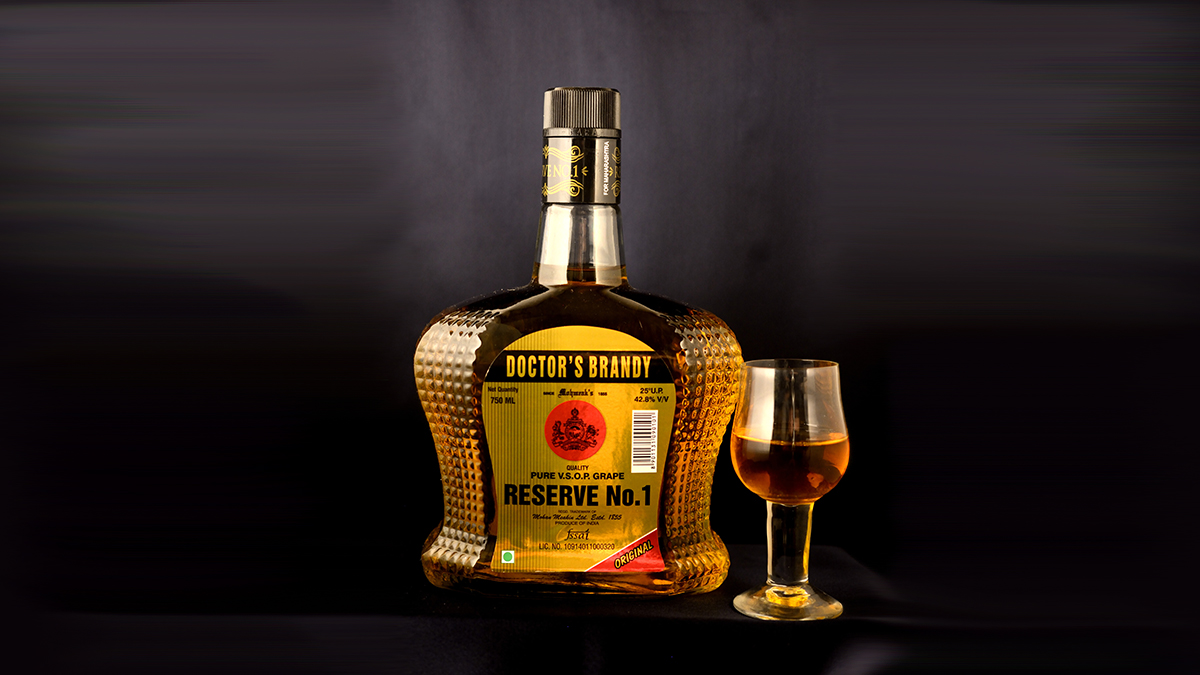 Doctor’s Brandy Reserve No.1 Pure V.S.O.P. has updated its look with a fresh bottle design and new packaging. The Brandy from iconic Indian distillers and brewers Mohan Meakin is now also available in both a diamond-cut bottle (375ml and 1000ml) as well as in a limited edition diamond-cut decanter (750ml and 1000ml).

The making of Reserve No.1 V.S.O.P was propelled by Girdharilal Bajaj’s desire to create a Brandy that would match the famed French varieties of the spirit in both flavor and smoothness. Bajaj was one half of Mohan Brothers, one of India’s premier liquor importers, and a long time associate of the founders of Mohan Meakin, the brand behind Doctor’s Brandy.

At the turn of the 1970s, Bajaj sent his staff to France to learn more about the art of making Brandy. His idea was to create a fine brandy with locally sourced grapes. When his staff returned from France with the requisite expertise, Bajaj approached Mohan Meakin to distill and launch the brandy. Mohan Meakin launched Doctor’s Brandy Reserve No.1 Pure V.S.O.P in 1972, and a legend was born.

Doctor’s Brandy Reserve No.1 Pure V.S.O.P was the first ever Indian Brandy to carry the Very Special Old Pale designation (a guarantee that it has been aged for at least four years), and is still made the way the French make their iconic spirits.

Doctor’s Brandy Reserve No.1 Pure V.S.O.P is aged for over six years in oak barrels, far longer than most locally produced brandies. This practice contributes to its unique smoothness and flavour. The grapes that go into Reserve No.1 V.S.O.P are sourced from Nashik and Baramati and are of the same variety that is used to make quality sparkling wines. The grape spirit is matured to its desired aroma and aged in oak casks to perfection.

“The secret behind the success of Doctor’s Reserve No.1 V.S.O.P is the high quality grape spirit and the way it is blended,” said Amarlal Bajaj, director, Mohan Brothers. “We still make the brandy the same way as we did back in 1972.” The result, then as of now, is a smooth drink that is pleasant on the nose and has a lingering finish.

Reserve No.1 Pure V.S.O.P is available at present in Maharashtra, Puducherry and Mahe.