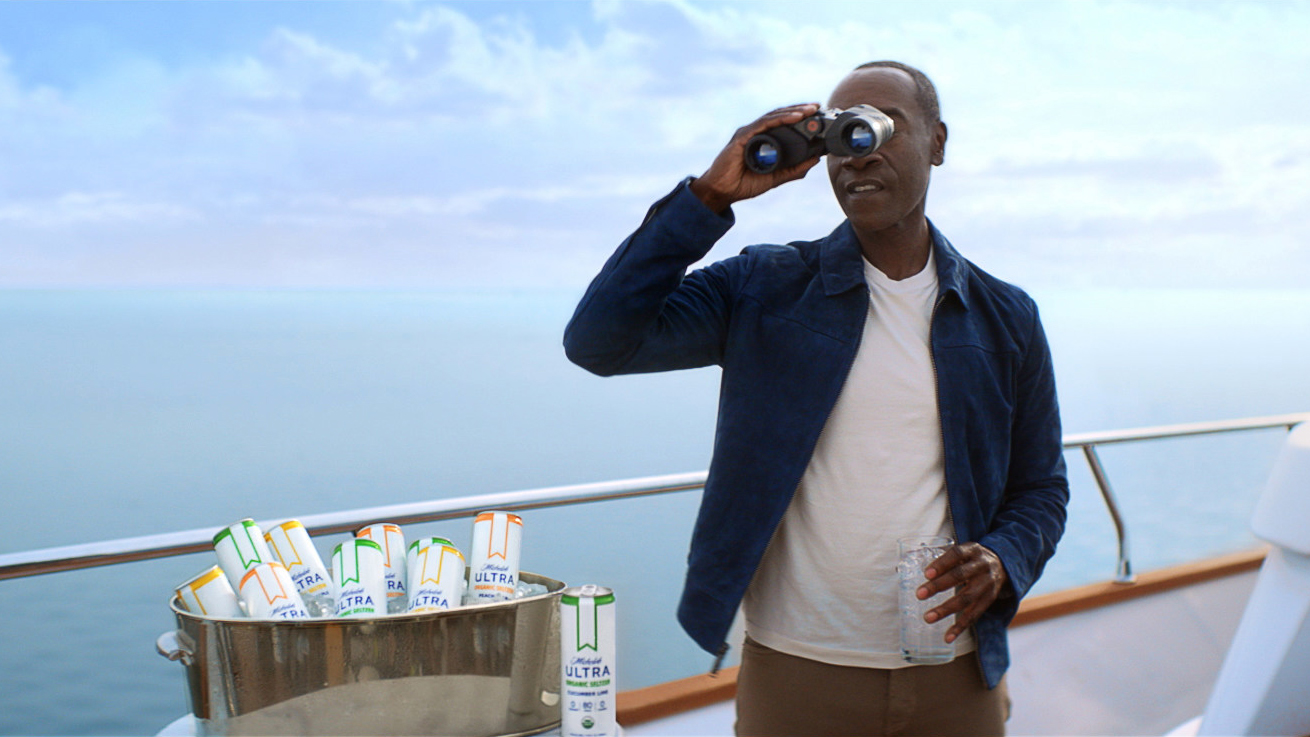 Michelob Ultra Organic Seltzer has made its Super Bowl LV debut with a satirical commercial starring Don Cheadle that challenges the perception of reality, underscoring why real is better. Released in January, the new RTD is the first nationally-distributed USDA certified organic hard seltzer.

The 60 second spot’s “ALL-STAR CAST” features one real star, Don Cheadle, and a host of celebrity look-alikes in their seemingly natural elements, playing into the juxtaposition of what’s real and fake in the world around us while shining a light on Michelob Ultra Organic Seltzer, which offers zero carbs, 80 calories, zero sugar, and is six times filtered to remove impurities.

“There is nothing like Michelob Ultra Organic Seltzer in the market today.  With the perfect combination of zero carbs, zero sugar, no artificial aftertaste and USDA organic certification, this product is the next generation of hard seltzers,” said Ricardo Marques, Vice President, Michelob Ultra. “In a world where most things seem real, sometimes they’re not: that’s the central theme of our Super Bowl LV campaign, which will certainly entertain as well as educate.”

The superstar doppelgangers appearing in the new Michelob Ultra Organic Seltzer commercial include a “Serena Williams” look-alike whose swing is a bit off, a “Megan Fox” doppelganger glammed up on the red carpet, a stunt double duo resembling “Sylvester Stallone” and “Lucy Liu” in the midst of an action scene, and off-brand versions of both “Maluma” and “Usher” who don’t quite have the moves we’re accustomed to seeing. The real Don Cheadle swoops in to kick his look-alike — which happens to be his real-life brother, Colin Cheadle — off a boat, while calling out the phonies of the bunch and proving that one thing’s for certain: Michelob Ultra Organic Seltzer is as real as it tastes.

“I dig the creative concept and the fact that the product is organic. I’m hyped to be part of the Michelob Ultra Organic Seltzer Super Bowl commercial and their product debut,” said Cheadle.