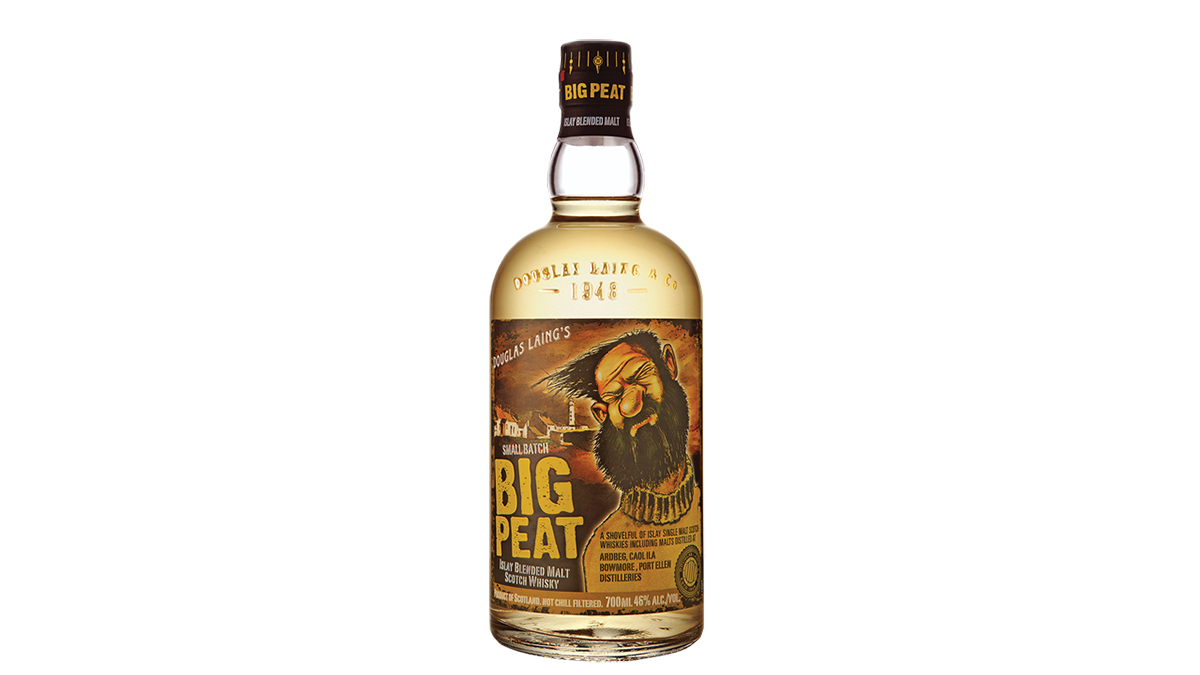 Douglas Laing Big Peat has grown into a cult favorite over the years, even inspiring a number of special and limited edition varieties. It’s a blended Whisky made to be characteristic of Islay with its powerful smoky flavor, therefore being dubbed, “Big Peat.”

Described by the distillery as a “feisty Islay character with a sweet side,” Big Peat is made only using Islay Malt Whisky from Ardbeg, Caol Ila, Bowmore and (even the now closed) Port Ellen, as well as a variety of others. It is a small batch bottling, without colouring or chill-filtration.

On the nose, the Whisky open fresh and salty, developing to sweet malt dried over peat aromas. The palate features ashes, sweet tar, beaches, and has notes of smoking chimneys. The finish is iong and lingering, replicating the palate with salty, tangy liquorice, smoke, bonfire ashes and a phenolic quality.

Big Peat has received rave views the world over. It has been awarded the Scottish Vatted Malt of the Year in Jim Murray’s Whisky Bible and Blended Scotch Malt of the Year at the World Whiskies Awards 2010. It generally runs about $45 USD.

Based in Glasgow, Scotland, Douglas Laing & Co is an independent bottler of Scotch whisky. The company has created a number of brands since it began in 1948, including its “Remarkable Regional Malts” range, which include The Epicurean, Timorous Beastie, The Gauldrons Scallywag, Rock Island and Big Peat. They also have an “Exceptional Single Casks” range, which features Old Particular, Premier Barrel, Provenance and Xtra Old Particular.