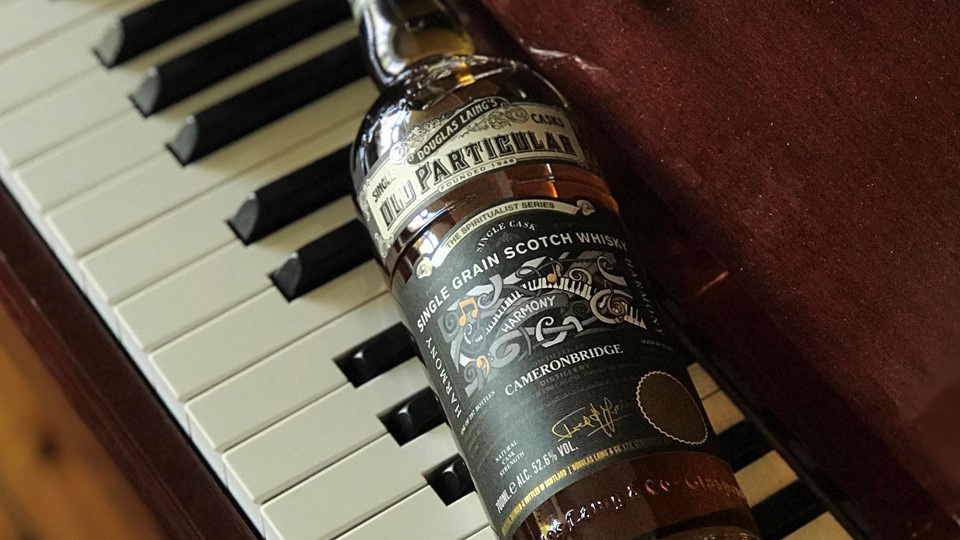 Douglas Laing has unveiled the latest edition to its Old Particular Spiritualist Series, the “Harmony” Single Cask Single Grain Whisky. The new Whisky is the second release in the trilogy for 2020.

The Spiritualist Series has taken inspiration from the “mindfulness” phenomenon and encourages Whisky enthusiasts to take some time out from the bustle of their daily lives and enjoy a moment of harmonious calm. Having launched the Series with “Balance”, an Islay Single Cask Single Malt, this second release, “Harmony”, is described as “an uplifting Single Cask Single Grain” with a “vanilla’d oak style” coupled with “sweet hard candy, warming allspice and rich cocoa”.

For 28 years, Douglas Laing Old Particular Harmony matured in a single Sherry butt and has been bottled at a natural cask strength of 52.6%.

“I love Single Grain so thoroughly enjoyed trying numerous samples for this latest release of our Spiritualist Series,” said Cara Laing, Douglas Laing’s Director of Whisky. “I kept returning to this particular cask as we felt it was indeed a perfect harmony of oak and spirit character. After 28 years in a Sherry butt, you could expect the oak cask to dominate in terms of flavour, but the wood, time and the spirit have interacted harmoniously resulting in layers of flavours that come together beautifully.”

Earlier this year, the company continued an annual tradition with the release of a new Big Peat whisky for the Fèis Ìle festival, Big Peat 8 Years Old A846. This year’s bottling honors the A846, a “legendary” road that links whisky fans to distilleries across the Scottish island of Islay before steering up through Jura.