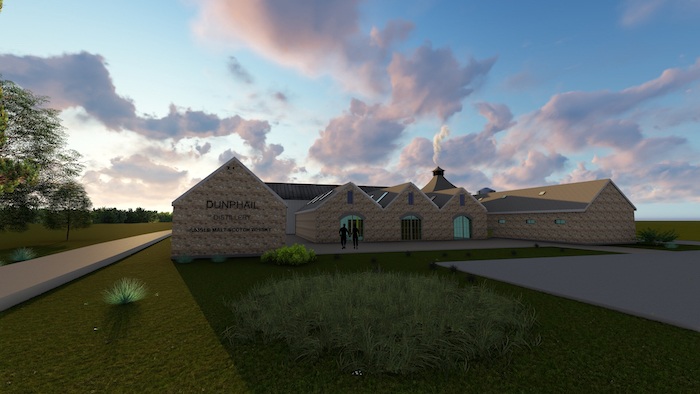 London’s Bimber Distillery recently confirmed that plans to open a new Scottish whisky distillery and visitor centre in Dunphail, south of Forres, have been approved.

Moray Council has given the nod to a planned 200,000 LA capacity site. The new build will be constructed through the conversion of an existing farm steading.

“We’re delighted that our planning application has been approved”

“We’re incredibly excited to be moving forward with our new distillery. We’ve worked very closely with Moray Council to ensure that Dunphail not only harmonises with the landscape, but that it also supports the wider community and the conservation of the local environment and its ecosystems. We are looking forward to turning our vision for Dunphail into a reality and crafting truly exceptional world-class single malt whiskies.”

The ‘craft’ Scotch whisky distillery will combine tradition and modernity in both its appearance as well as its production processes. Other features in the expansion include a floor malting facility and traditional kiln which will be utilised to process locally sourced barley. The fermentation times will be long, and distillation will be through direct-fired stills.

2022 is the expected date for the breaking of ground, and distillation is anticipated to begin later that year.

Dunphail is now in the process of raising the investment needed to fund the capital expenditure costs to construct the new distillery and to support the initial operational costs whilst casks mature.

Additional details about the planned construction process, distillery specifications, and opportunities to play a part in Dunphail’s journey through memberships and cask purchases are promised over the coming months.

For more information, head over to Bimber’s official website.

In May, Bimber Distillery launched a new collection of single malt whiskies in partnership with Transport for London, dubbed “The Spirit of the Underground”.