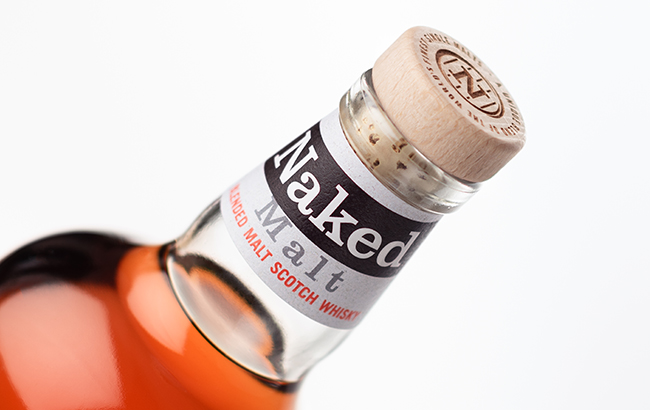 Macallan owner Edrington has given a new name to its blended malt, Naked Grouse, dubbing it “Naked Malt.”

The rebrand to Naked Malt looks to make the whisky ‘more accessible’. And while the liquids ingredients remain the same, there’s been a new bottle redesign too.

The new, 100% recyclable packaging is embossed with a barrel, a reference to the blended malt’s six months spent in first-fill oloroso Sherry casks.

“For our consumers, the whisky category can be difficult to navigate and bound with conventions they don’t want to be constrained by, so for us, it’s about making whisky more accessible. We want to give a new generation the freedom to try whisky their way, whilst providing the reassurance of a great quality, versatile liquid.

“The new bottle design reinforces our ‘Naked’ cask story, and our ‘Naked’ bottle itself is stripped back because we want to liberate the whisky and let the quality shine through.”

The name change and new look are the latest developments in the brand’s evolving identity; in 2017, Naked Grouse changed its recipe from a blended Scotch to a blended malt.

For more information, head over to The Famous Grouse official website.

In March, The Famous Grouse launched The Famous Lions, a limited-edition whisky that celebrates its role as official sponsor and whisky of the British and Irish Lions. In early November, the brand was announced as the Official Whisky of the Tour to South Africa in 2021. The Famous Lions bottling features a Famous Grouse label amended to read “The Famous British & Irish Lions.” The Scotch was first made available exclusively through Tesco on Tuesday, March 30, 2021.