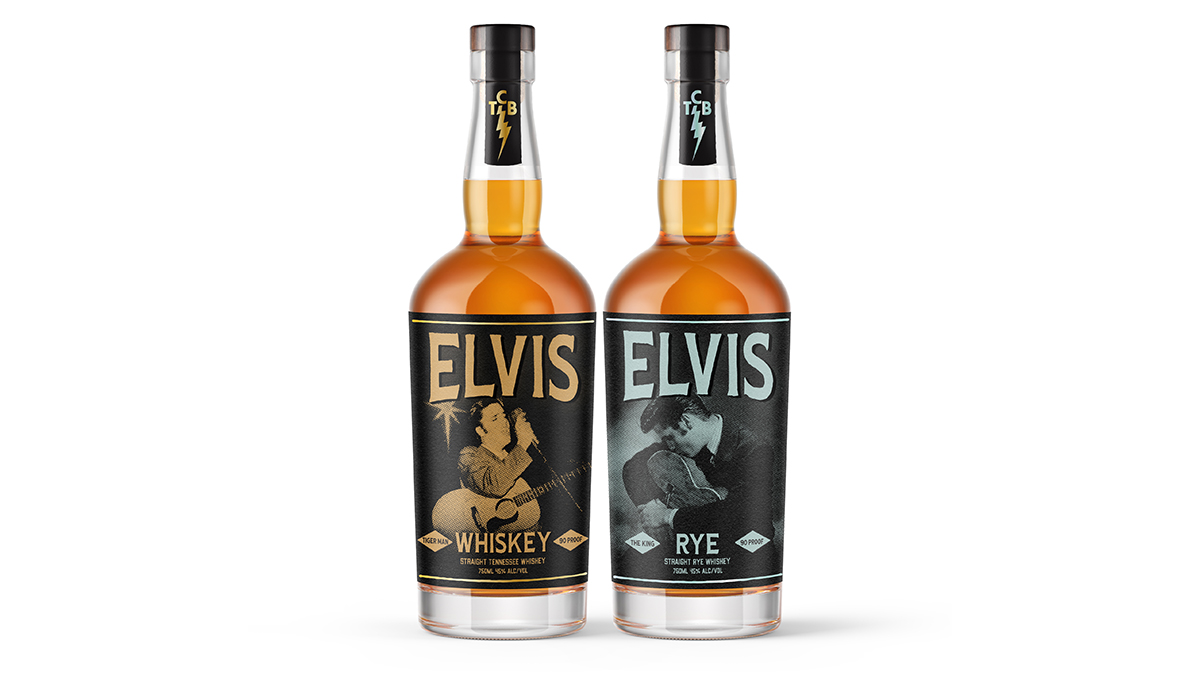 Elvis Rye is a straight Indiana rye. On the nose, the whiskey offers grassiness, followed by hints of citrus and spice. The palate delivers toasted oak, butterscotch, vanilla wafers, and a hint of pepper. The finish is sweet and complex with a velvety mouthfeel.

Elvis Whiskey, meanwhile, is a Tennessee Straight Whiskey that offers aromas of roasted oak, sweet corn, and hints of citrus and apple. The palate delivers sweet-toasted maple, roasted crème brûlée, with subtle notes of a Granny Apple and caramel. The finish is described as balanced, long, soft, sweet, and genuine.

“Given our expertise within premium whiskey, the Elvis expressions are a natural fit for Grain & Barrel Spirits,” said Matti Anttila, founder of Grain & Barrel Spirits. “Elvis was one of the most significant cultural icons of the 20th century and continues to inspire his fans today. We look forward to launching the brand, which is sure to be a highly sought after collector’s item.”

Both expressions feature a photo of the “King of Rock ‘n’ Roll” in his prime and pay homage to two of the legendary singer’s most popular nicknames: The King (rye), and Tiger Man (whiskey). The labels, which were created by Alyson Design, LLC, also feature notable references to Presley, including his signature and the letters “TCB” printed on the neck of the bottle, referring to “Taking Care of Business,” a phrase which was the mantra for Elvis and his Memphis Mafia.

To create the Elvis whiskey brand, the spirits producer secured a long-term licensing agreement with Elvis Presley Enterprises, the organisation that manages the assets of Presley’s trust.

The Elvis whiskeys are now available for pre-order online and will roll out nationally this fall. Each 750ml bottle is priced at $49.99.