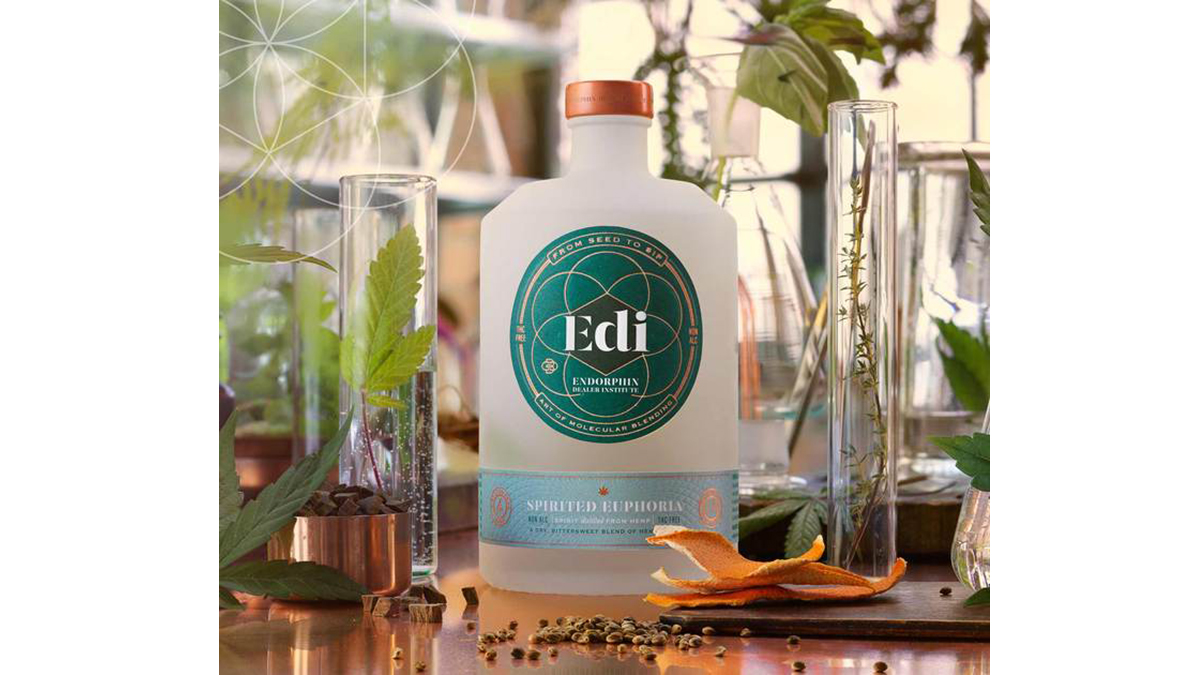 Edi is looking to pioneer non-alcoholic, distilled, endorphin-led “spirits.” Its ultra-premium products look to trigger feelings of pleasure and relaxation without the effects of alcohol.

“Drinking, its effects, and the ways we socialise have been untouched for thousands of years,” said Vergne. “Despite initial industry scepticism, we’ve seen first hand the disruption of high-performance racing without petrol and see a place for feel-good ‘spirits’ without alcohol. Our non-alcoholic distilled endorphin-led ‘spirits’ replace the effects of alcohol and will be a key driving force behind the future of socialising and mindful drinking.”

Edi Spirited Euphoria is made from the “real” hemp plant (cannabis sativa) and a complex blend of high-quality, natural, active and uplifting ingredients.” The alcohol-free spirit is a blend of hemp terpenes extracted from the hemp plant, pure cannabidiol (CBD), nootropics (cognitive-enhancing supplements) and adaptogens (natural herbs and roots), which have all been sourced naturally, according to the brand.

Spirited Euphoria is said to give a “feel-good” sensation to those who drink it, which builds over a period of time.

“Spirited Euphoria is the world’s first – and currently only – non-alcoholic distilled spirit crafted using natural hemp terpenes and CBD,” said Locke. “Alongside its functional endorphin effect offering a new way to unwind, Spirited Euphoria showcases the depth of flavour, range and variety of natural hemp, bringing an entirely new category and intriguing palette of flavours to life for bartenders and consumers.”

Spirited Euphoria offers an “aromatic, complex and layered balance of citrus green, herbaceous hemp and peppery spice with a smooth, woody finish.” It is recommended served with chilled soda water.

Spirited Euphoria contains two calories per serve and is THC-free, alcohol-free, vegan, sugar-free, carb-free and gluten-free. It is priced at £39.99 ($55.80 USD) per 700ml bottle. Edi is set to expand its range this summer with a second variant, followed by a third in 2022. The company plans to enter Europe in spring 2021, and then the U.S. a year later.