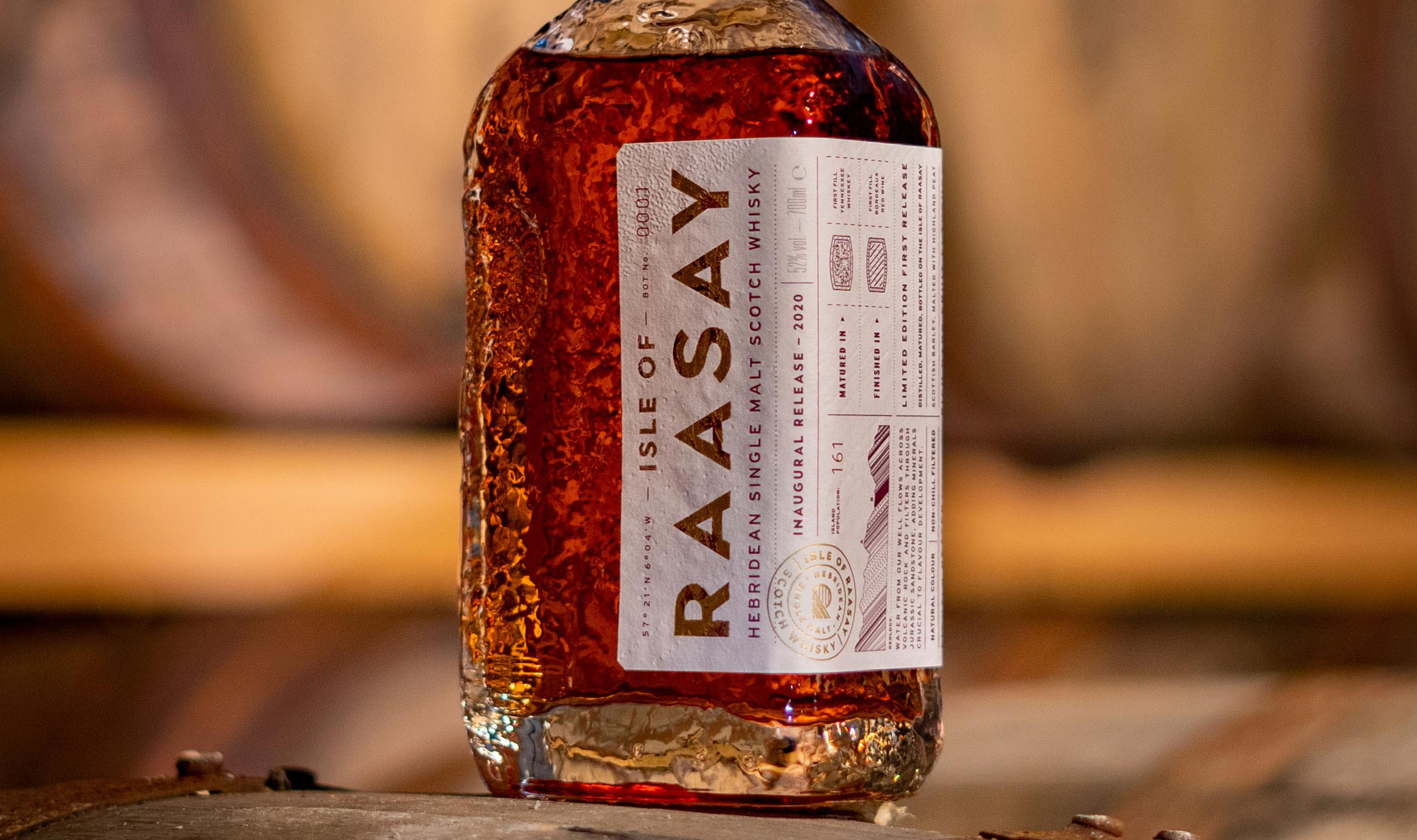 Isle of Raasay Distillery is giving Scotch Whisky fans the opportunity to win a bottle of its inaugural release, simply by entering a ballot. The Inaugural Release from the Isle of Raasay distillery is the very first legal single malt Whisky to be produced on an island rooted in centuries of illicit distilling.

Bottled at 52% ABV, This 2020 release is matured in first fill Tennessee Whiskey casks before being finished in first fill Bordeaux red wine barrels. It comes presented in a beautifully crafted bottle that reflects the natural environment of the Hebridean island of Raasay that features fossils and rocks from the island moulded into the glass.

Those interested in entering a ballot to win a bottle of the Isle of Raasay Inaugural Release should know that entrance is restricted to one per customer and costs £99.00 ($128 USD), if you win. When the ballot closes on February 22nd, the distiller will let those who entered know whether or not they have been successful and the lucky few will have one week to complete their purchase.

To enter, head over to the contest’s official website.

“This is a really historic moment as the first legal Isle of Raasay Single Malt leaves the island for the first time,” said Alasdair Day, Isle of Raasay Distillery co-founder. “We are very proud of our lightly peated island single malt, and our beautiful bottle that is made with clay moulds of Raasay’s rocks and fossils. It’s like a piece of the island in your hands.”