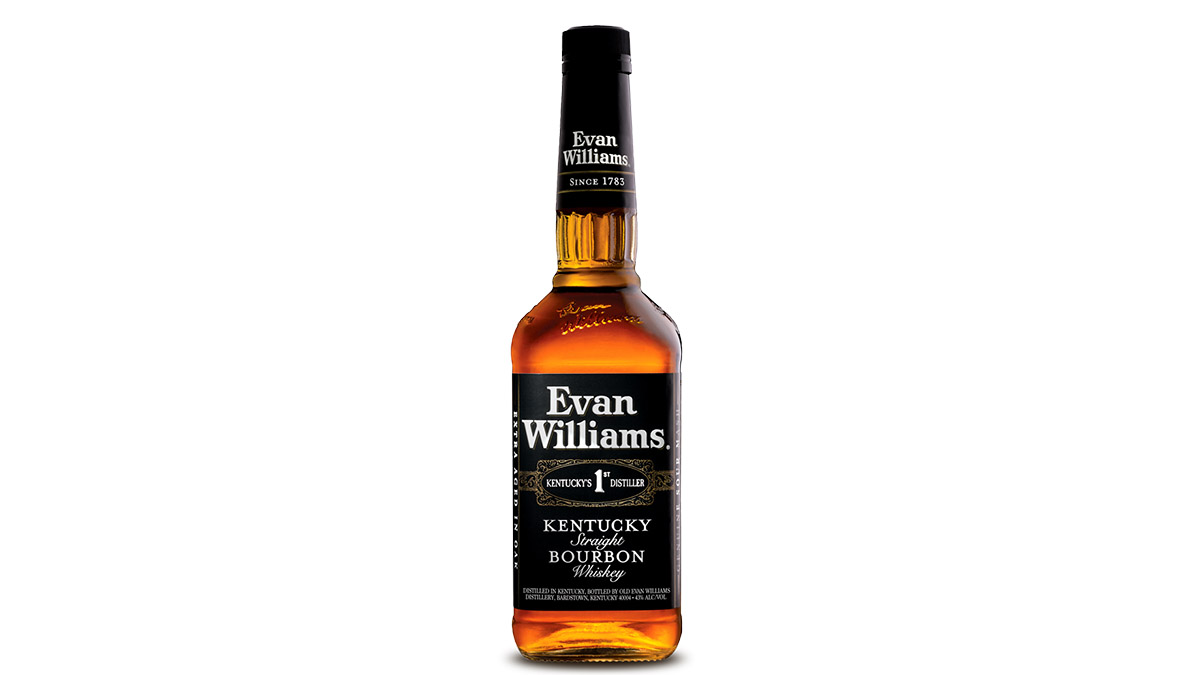 If you’re looking for a quality American Whiskey for the right price, there are few that equal Evan Williams Bourbon Black Label. Named after the man who opened Kentucky’s first distillery along the banks of the Ohio River in 1783, these are the roots of what made American Whiskey famous across the globe. There’s a reason it’s the second best selling Bourbon on the planet.

Coming in at 43% ABV, Evan Williams recipe remains a closely kept secret. We do know that it’s made at Heaven Hill Distillery and the mash bill is 78% corn, 10 % rye, and 12% barley. It is aged between four and seven years in new charred oak barrels.

Amber in color, caramel and butterscotch fill the nostrils along with notes of vanilla, corn, and dark fruit. The palate features brown sugar and more caramel as well as hints of citrus and vanilla. Corn and caramel are again found in the finish along with a touch of spice.

While you’re usually encouraged to drink Bourbon straight or on the rocks, Evan works excellently in a cocktail. If you’re looking to mix something up, the brand recommends a Kentucky Mule:

Build over ice in a copper mule mug. Garnish with lemon twist or lime wheel.

Heaven Hill is the distillery behind Evan Williams. Despite being named after Evan Williams, a Welsh immigrant who founded Kentucky’s first commercial distillery in Louisville in 1783, the Whiskey company itself wasn’t founded until 1957 and has no direct connection with the historical distillery.