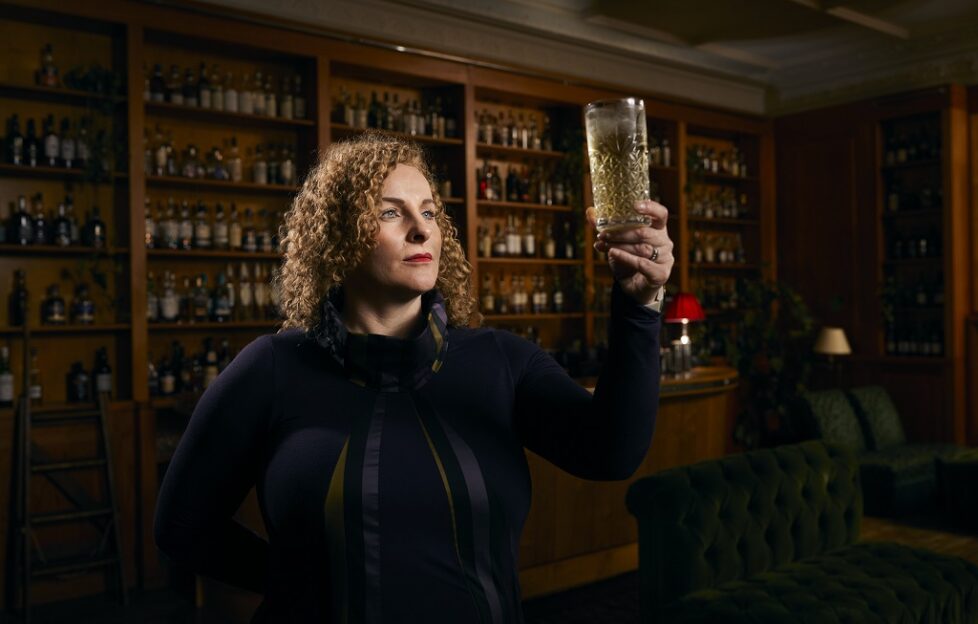 Former Macallan whisky maker Sarah Burgess has joined The Craigellachie Hotel to create a new collection of spirits and sodas inspired by Speyside. She has almost a quarter century of experience in the Scotch industry, and previously worked at Diageo for two decades, where she helped manage the Glenkinchie and Clynelish distilleries.

Burgess left Macallan in January 2022 after almost five years at the company. She helped to develop The Macallan Genesis and collaborations with the likes of Pantone and Sir Peter Blake.

At The Craigellachie Hotel, Burgess will help craft a “luxury lifestyle collection.” She will lead the creation of The Craigellachie Collection, a new range of sodas that tell the story of Speyside. The line of sodas have been created to “change the way people think about whisky.”

“I want to approach whisky in a positive and inclusive way,” she explained. “The flexibility of these sodas means you can mix them with whisky, gin or Tequila.”

The Craigellachie Collection will be made with botanicals from Speyside, as well as Highland Spring water from the Scottish region. It will include sparkling water, still water, tonic water, light tonic water, ginger ale, and grapefruit soda.

“I wanted to create something within the range of sodas that mixes perfectly with whisky,” said Burgess. “There are traditionalists that won’t want to drink a Highball or mix a whisky but there are a lot of people who do want to add water to their whisky.”

Piers Adams, owner of The Craigellachie Hotel, added: “Sarah is a creative genius who personifies Speyside. She is one of the best whisky creators in the world from one of the biggest luxury brands in the world. Her guidance and hands-on development overseeing the concepts and product creation for The Craigellachie Collection is going to ensure that the very best of Speyside is encapsulated.

“Speyside is a region in Scotland known throughout the world for making pre-eminent spirits to textiles, and The Craigellachie Collection looks to bring this together with a series of products inspired by and produced by one of the most beautiful places in the world.”

“What we intend to do is target the top 10 countries around the world for whisky, and 20 to 100 high-end bars and hotels in these countries,” noted Burgess.

The Craigellachie Collection of sodas will be revealed at the Spirit of Speyside Whisky Festival (April 27-May 2) and will be available to buy from spring 2022.

Additionally, Burgess will also create several spirits, including a Speyside gin and vodka, and a limited edition line of whiskies. The recipe for the gin and vodka is under development and will be released in the “next few months,” she said. For the whisky, Burgess is looking at buying mature and new make spirit, with casks from across the world, including Spain, France, and the US. She is also working on a beer and cider for the hotel.

For more information, head over to The Craigellachie Hotel’s official website.