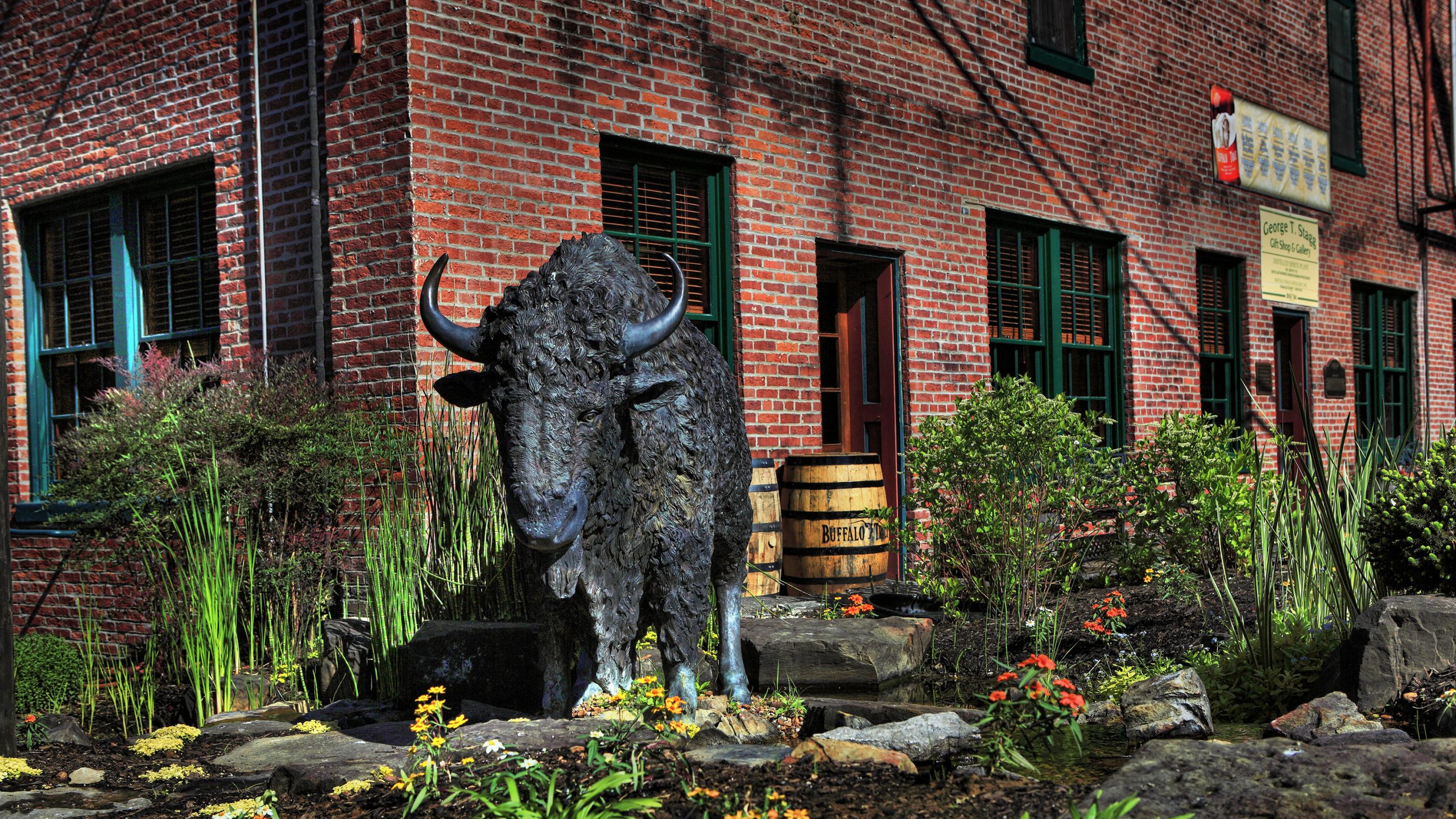 Currently in the middle of a $1.2 billion infrastructure investment, America’s oldest continuously operating distillery has completed their expansion of the Visitor Center at Buffalo Trace Distillery. Over the past year, the 247-year-old distillery has also installed four new cookers, four new fermenters, opened a new high speed-bottling hall, and completed construction on three more barrel warehouses.

Nonetheless, there is still plenty of work still to be done. Eight more fermenters, a new dry house, a water treatment facility, a second stillhouse, more barrel warehouses, and, in the future, another craft bottling hall are all in the works. All moving towards the ultimate goal of allowing Buffalo Trace to produce more single barrel and small batch bourbons.

Tours of the Buffalo Trade Distillery have been back in action since July 1 and guests are now able to see the expanded Visitor Center at Buffalo Trace, which backs up to the recently completed fermenter expansion and includes additional tasting rooms and more retail space. The expanded Visitor Center triples the size of the former space, to accommodate for the ever-increasing interest in bourbon tourism, which accounted for nearly 300,000 visitors to Buffalo Trace in 2019.

Still demand for Buffalo Trace Bourbon and other whiskeys made at the award-winning Distillery continue to outpace supply, as most of its Whiskeys age for eight years or more.  “Although we’ve been increasing production on all of our bourbons for the past several years, the consumer demand also continues to increase,” said Kris Comstock, senior marketing director. “We understand fans are frustrated when they can’t find our brands on liquor store shelves.  While we are bottling and shipping record amounts, overall demand outstrips supply, and as a result our brands will continue to remain allocated to ensure every state receives some each month.”

Allocations of favorite brands like Eagle Rare, Weller, Blanton’s and E.H. Taylor are increasing faster with each passing year and at the same time Buffalo Trace has been able to unveil  several new whiskeys, such as Weller Full Proof and Weller Single Barrel, Double Eagle Very Rare, Blanton’s Gold in the United States, Old Charter Oak, and several others.

“We promise we are doing everything we can to make more, as evidenced by our progress we’ve made in the past year with our expansion,” said Master Distiller Harlen Wheatley. “But great bourbon does take time to age, and we won’t comprise age, taste, or proof just to fill more bottles.  We’re just asking our fans to remain patient as we wait for our stocks to mature.”

Check out a video of the progress Buffalo Trace has made on its $1.2 billion expansion in the past year below: