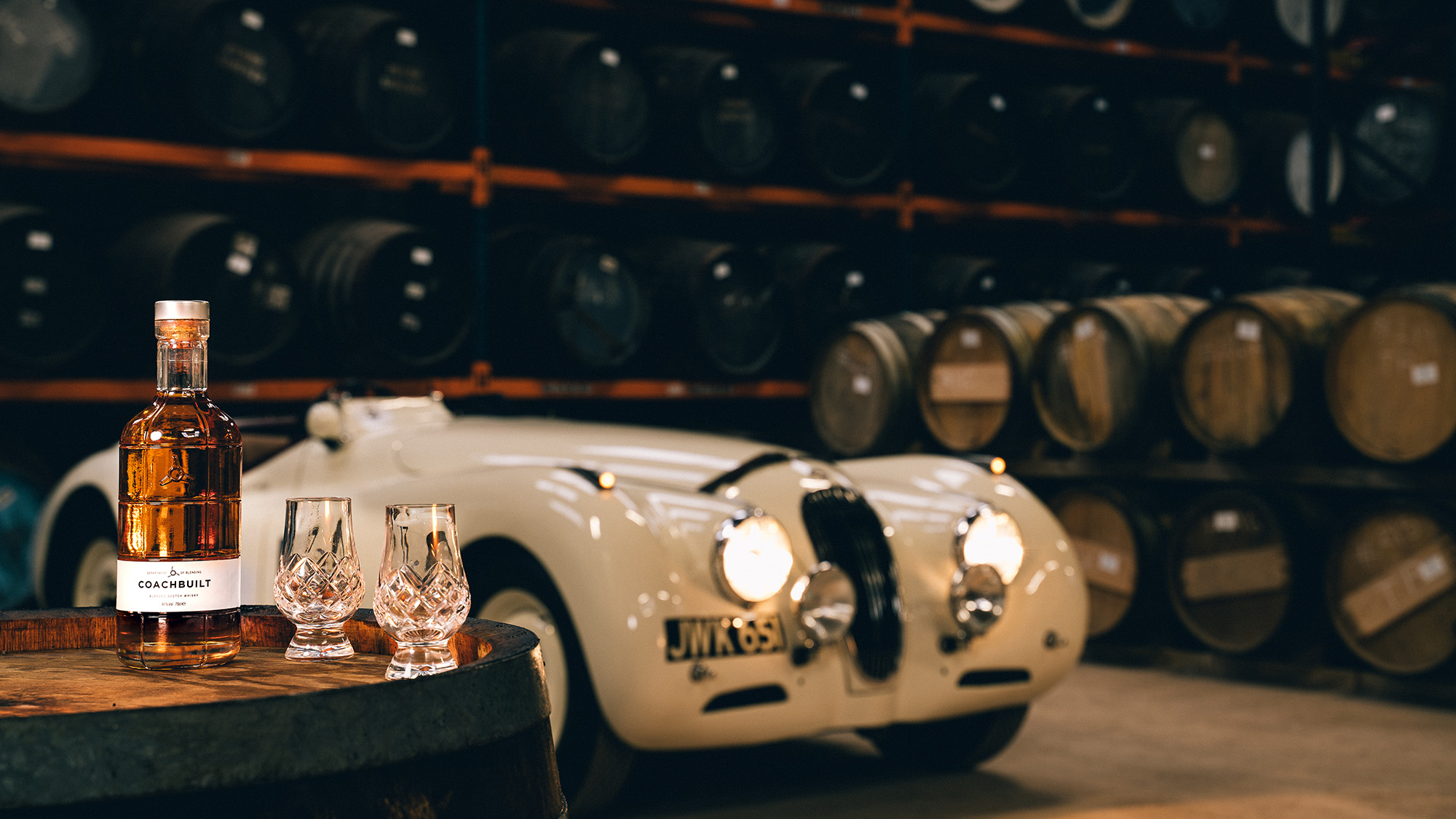 Whisky expert George Koutsakis and Formula One racing star and former British Champion Jenson Button have announced the launch of their own premium Scotch blended whisky: Coachbuilt. The duo brought the new offering to life after discovering a mutual appreciation for the parallels between coachbuilding and blending of fine whiskies.

In this new venture, George has carefully sourced exceptional liquids from all five iconic whisky-producing regions of Scotland: Islay, Speyside, Campbeltown, Highlands and Lowlands. Each region showcases different flavor attributes, making up a superior blend that showcases character beyond its years. The liquids have then been allowed to age in premium sherry casks for a marrying period, resulting in a balanced whisky with rich depth and complexity of flavor.

On the nose and palate, Coachbuilt is full bodied, intricate and well-balanced with notes of summer fruits, and subtle spice, followed by toffee, chocolate, and a touch of citrus. The finish is long and soft, with fruit, toffee, and a hint of smoke leading the way.

The current release will serve as Coachbuilt’s flagship expression, before ultra-rare, aged, and limited-edition releases will be developed for future bottlings.

“Coachbuilt began from a realization that blended Scotch whisky does not receive the praise it deserves worldwide,” said Koutsakis. “With our whisky we cast the spotlight on the immense skill required to take components from dozens of distilleries across the country, and piece them together, to create a liquid defined by balance and complexity. From sourcing liquid from each region of Scotch Whisky, to the final touch added by the sherry cask finish, craftsmanship is the core of our blend.”

Speaking about his passion for coachbuilding and how this led him to be involved in the venture, Jenson Button added, “The timing was brilliant – I was in the middle of launching our coachbuilding company Radford when I got introduced to George as he was on a mission to create the ultimate blended whisky. I’ve always loved my whisky but didn’t know a huge amount about the blending world, however the more we talked the parallels between blending and coachbuilding became pretty apparent. He then sent me an early sample of what he was working on and that was that, I asked how I could get involved and 2 years later here we are!”

The whisky will be available beginning March 23rd. To purchase a bottle, head over to the brand’s official website.