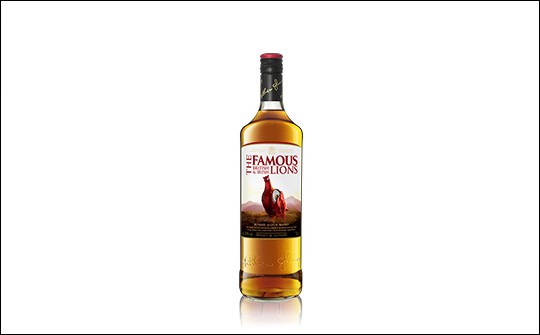 The Famous Grouse has launched The Famous Lions, a limited-editions whisky that celebrates its role as official sponsor and whisky of the British and Irish Lions. In early November, the brand was announced as the Official Whisky of the Tour to South Africa in 2021.

The Famous Lions bottling features a Famous Grouse label amended to read “The Famous British & Irish Lions.” The Scotch will be made available exclusively through Tesco from Tuesday on March March 30, 2021.

The iconic whisky brand says it will make an ideal dram to sip, or to mix in its signature Grouse and Ginger cocktail, while watching the British and Irish Lions in action in South Africa this upcoming summer.

“The launch of The Famous Lions is an exciting addition to The Famous Grouse range, and demonstrates the spirit of rugby and how much we value sport,” said Chris Anderson, head of Edrington Brands. “We have been investing in the sport of rugby for the past 30 years, so we are extremely excited to announce our commitment to this great game through this partnership. We hope to engage with The Famous Grouse and Lions fans by offering a bespoke bottle to celebrate our coming together.”

In late November, The Famous Grouse Blended Scotch Whisky unveiled its new Spend Time in Grouse Country campaign. The new promotion from the Edrington-owned brand focuses on celebrating occasions and the outdoors.

When Matthew Gloag founded his iconic Whisky brand back in 1896, he chose to forgo his own self-promotion by naming The Famous Grouse not after himself, but after the occasion for which it was created – a rewarding refreshment to share after a day in the outdoors.

The new campaign invites consumers to “Spend Time in Grouse Country” and enjoy their preferred moments and special occasions, whether by the fire, in the great outdoors, or catching up with friends in a socially distanced setting or online.