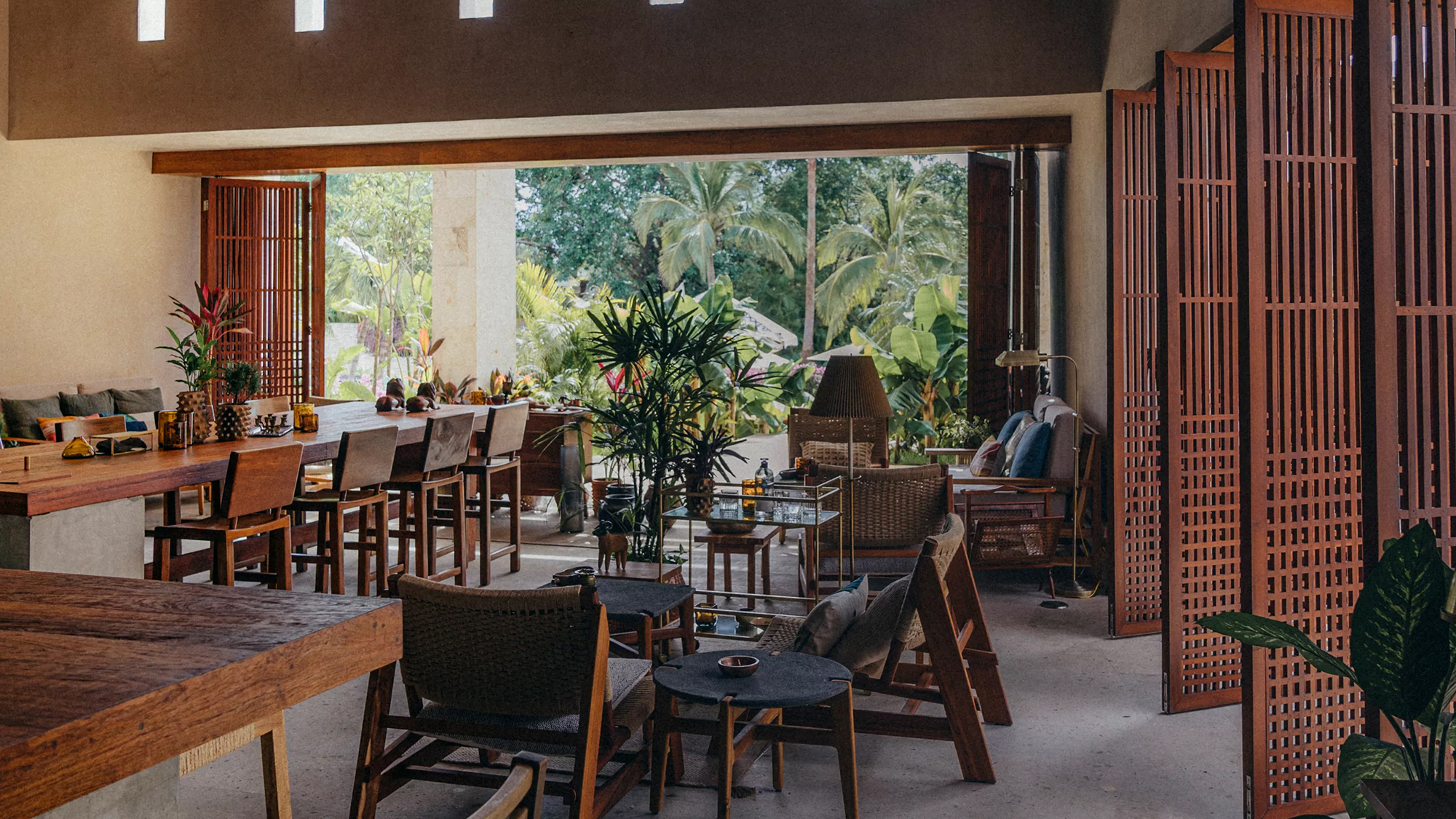 Described as a “love letter to the Yucatán, its products, culture and people,” Rosewood Mayakoba’s Zapote Bar takes farm-to-table cocktails to a new level. The bar showcases  hand-crafted spirits and sources from local small-scale farms to create drinks that are familiar yet nuanced.

Created and operated by Rosewood Mayakoba under the leadership of Juan Pablo Loza, Zapote delivers quality cocktails using Mayan ingredients, tools, and techniques. Each signature drink is named for its main regional ingredient. The Frambuesa–raspberry–is made with ​​Mistela Tito’s Vodka, raspberry, egg white, mayan honey, and lima bitters; while the Mamey–after the amaretto-flavored fruit that grows on zapote trees–combines Paranubes Rum milk punch, mamey, and pineapple.

Zapote’s indoor-outdoor atmosphere was designed by La Metropolitana, who are also behind Copenhagen icon Noma. During the day, guests linger through the space’s living room-like setting. As day turns to night the space envelops visitors in a diverse tapestry of spaces where sleek design convenes with nature for an intimate or celebratory experience.

Mixology Director Joshua Monaghan has spent the majority of his career creating cocktails between the Yucatán Peninsula and Mexico City. Prior to his appointment, he spent three years at Fifty Mils, the innovative cocktail concept at Four Seasons Hotel Mexico City.

For more information or to make a reservation, head over to Rosewood Mayakoba’s official website.

In January, the SLS Cancun opened its Bungalow Beach Bar & Grill on the shores of the Yucatán Peninsula.