Search
Home News Fistful Of Bourbon Is The Whiskey Every Sergio Leone Fan Has Been...
Facebook
Twitter 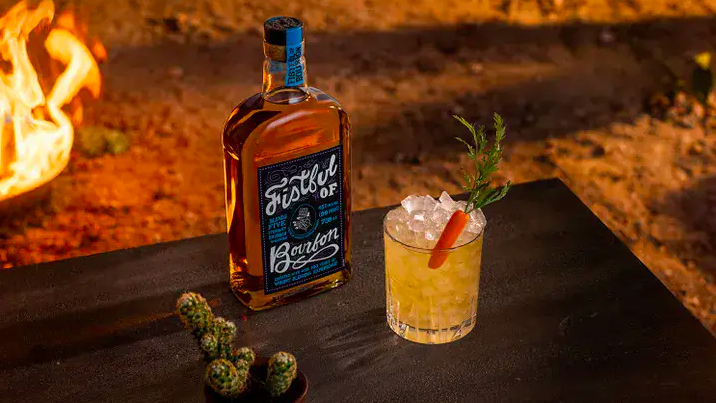 William Grant & Sons have launched their newest Whiskey: Fistful of Bourbon. It is the first Bourbon from the famed, independent Scottish family distiller.

Blended by William Grant & Sons Master Blender Brian Kinsman, who was awarded the 2017 ISC Master Distiller of the Year, and Kelsey McKechnie, William Grant & Sons Whisk(e)y Blender, Fistful of Bourbon is a blend of five straight Bourbons and was mastered after sampling expressions from across America. “There’s an art and science to blending — and Fistful is a balance of both,” explained McKechnie. “Our creative process combined the art of nosing and the science of blending. We’re excited to apply William Grant & Sons’ long-time blending experience to the American whiskey scene.”

The full-fisted Bourbon, sorry we had to, brings together five distinct flavors: balanced and sweet; green, leafy floral notes; soft spices and hints of nutmeg; buttery toffee; cinnamon and licorice.

For the launch, Fistful of Bourbon paired with writer and Saturday Night Live Movie Short Director Paul Briganti to create a slew of short films that giave a tongue and cheek nod at Spaghetti Western classics.

Known for his work on Saturday Night Live, Briganti worked with Fistful to create the series of shorts, giving consumers a glance into Fistful’s irreverent world. To coincide with roll-out onto shelves and into saloons from east to west, the films have launched across social media, streaming platforms, and can be found on the Bourbon’s official website.

“If you’ve ever found yourself daydreaming about who would win in a duel, Billy Crystal in City Slickers or Gene Wilder in Blazing Saddles, then Fistful of Bourbon is for you,” said National Brand Ambassador, Anthony Bohlinger. “There are many quirky characteristics that make Fistful what it is, from our blending process to our obsession with Hollywood and Western cult film culture. The trailer we created with Paul takes all of these things and wraps them in a wacky bow for viewer enjoyment.” While Fistful hopes to one day make a full length feature about just how damn good its bourbon is, for now 30 second clips accompanied by smooth, neat pours of whiskey will do just fine.

Fistful has already been honored with a Double Gold medal in 2019 by the International Spirits Challenge, and most recently received a gold medal at the 2020 San Francisco Spirits Awards.

Blended and bottled at 45% ABV, the Whiskey is currently on sale nationwide for $24.99 per 750ml bottle.