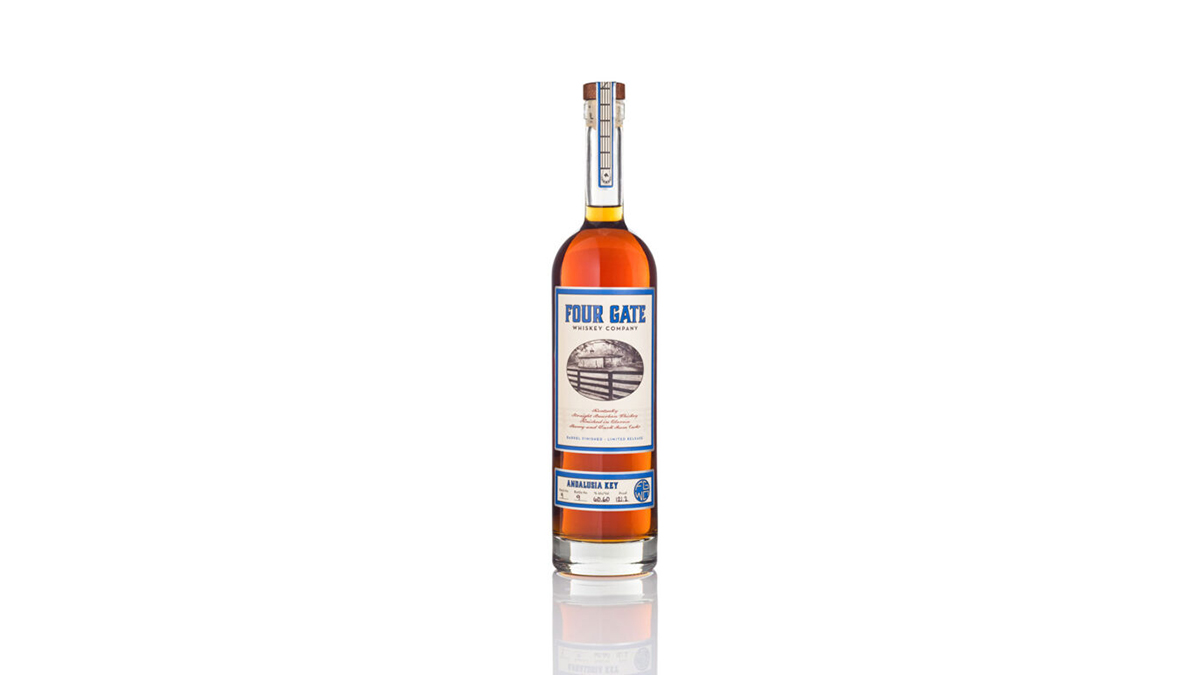 Four Gate Whiskey Company has unveiled its ninth bottling, Andalusia Key. The new Whiskey from the Kentucky-based independent bottler has been finished in a combination of Oloroso Sherry and dark Rum casks.

“This is really our niche,” said Chief Blending Officer Bill Straub, “We’re blenders at heart and we love to collaborate with Kelvin Cooperage on finding great secondary casks to further age the blends we come up with.”

“We’re really happy with this whiskey,” said Chief Barrel Officer Bob D’Antoni, “We really stayed on top of this one tasting it at every opportunity for months until we felt like it was perfect. It’s one of the sweetest releases we’ve had yet.”

On the nose, Four Gate Andalusia Key Whiskey features aromas of dry sherry, sweet fruits, black pepper and oak. The palate features a burst of fortified wine that develops into traditional spicy Bourbon notes with a sweet molasses-rum wave at the rear palate. The medium length finish is dry and pleasing with oak and rich brown sugar developing as it lingers.

Coming in at 60.6% ABV, just 1,309 bottles of for Four Gate Whiskey Batch #9 were produced. It is for sale for $199 in Kentucky, Tennessee, and Georgia as well as online.
Back in July, the Four Gate Whiskey Company launched River Kelvin Rye, the independent Whiskey bottler’s first Rye Whiskey. It was the seventh offering from Four Gate, who had previously only released Bourbons. In August, the brand unveiled its eighth offering, a 10 year old Tennessee Straight Bourbon. Judging by the speed in which they are delivering new offerings, were probably only weeks away from number 10.